The 30th edition of the women’s and the 31th edition of the men’s European Beach Volleyball Championships will be held in the Austrian capital Vienna from August 2-6, 2023. A total of 112 matches will be played and the tournament will be carried out in a Modified-Pool-Play-format.

64 teams will compete for the European Championship titles in the men's and women's competition. The 32 teams per gender will first be divided into 8 pools with 4 teams per pool.

Within the group, the top-seeded team will play the lowest-seeded team, while the second and third-seeded teams will also face one another in the first round. The winners of these matches will play for the group win and consequently for a direct entry into the round of 16. A crucial “win or go home” match awaits the losers of the first pool match.

All group runners-up and third-placed teams will compete in the single-elimination-round for a spot in the round of 16 and thus for survival in the tournament. A drawing will be carried out in advance to determine which teams will be competing against each other in this intermediate round. Teams that have already met in the pool phase will not be paired up here.

After this intermediate round, the tournament will continue in knockout mode until the semifinals. The losers of the semifinals will then play for third place while the winners will battle for the title in the grand final. 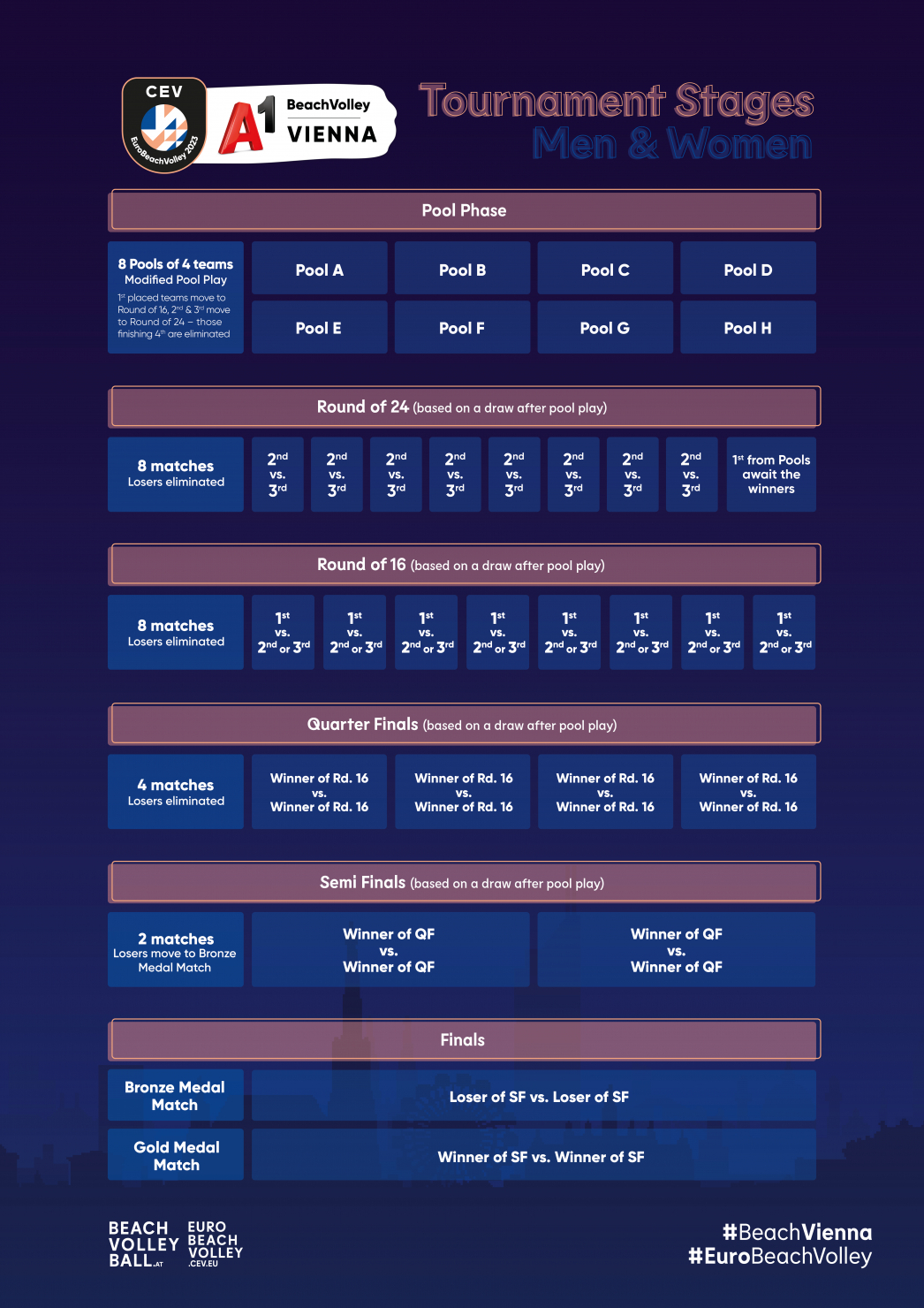