The teams of Sandra Ittlinger/Kim Behrens and Clemens Wickler/Rudy Schneider had a great start in Germany’s national beach volleyball season, one of strongest in Europe, as the duos triumphed in the first tournament of the year in Düsseldorf.

The victory granted both teams 90 points in the national rankings, which will be determined to select the teams that will compete in the German Championships in Timmendorfer Strand later in the year. 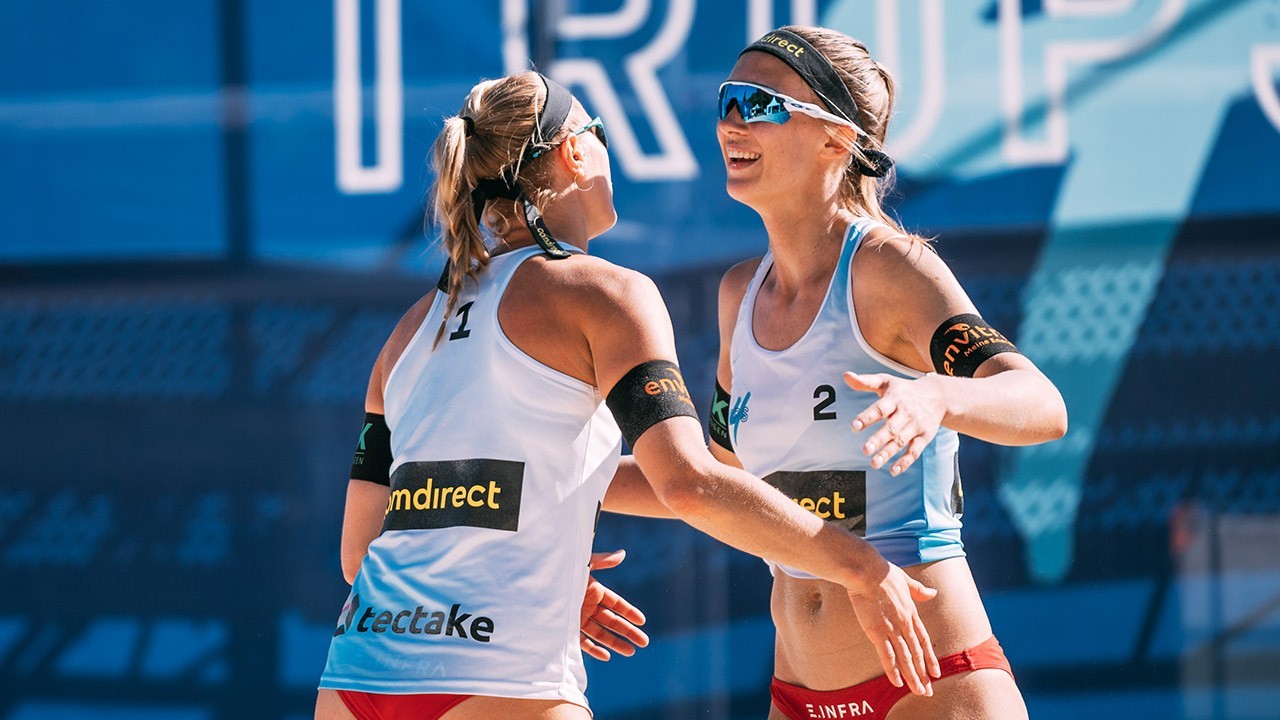 Ittlinger and Behrens came out on top in the hard-fought, three-set gold medal match against Ittlinger’s former partner Chantal Laboureur and Sarah Schulz, securing the title with a 2-1 (21-19, 18-21, 15-9) victory.

“The last weeks competing in the World Tour were exhausting,” Behrens said. “So it was nice to come here, win the tournament and get some important points.”

Isabel Schneider and Cinja Tillmann, who joined forces for this tournament only, also had a good result, finishing third after a 2-0 (21-14, 21-19) win against the Overländer twins Lena and Sarah.

The men’s tournament saw a temporary team go even further as Wickler and Schneider took the title in Düsseldorf. The duo was formed because of an ankle injury suffered by Wickler’s regular partner, Julius Thole, and topped Nils Ehlers and Lars Flüggen 2-1 (16-21, 21-18, 15-6) in the gold medal match.

“I had a lot of fun this weekend,” Wickler, a silver medalist at the 2019 World Championship who’s also qualified for the Tokyo Olympics, commented. “Anytime I can play well and win I’ll be happy. Julius is taking it easy with his ankle and it was nice that Rudy stepped in.”

Alexander Walkenhorst and Sven Winter finished third after they downed the Wolf brothers Peter and Georg in two sets (21-14, 21-17).

The second event of the German national season will happen next weekend, once again in Düsseldorf.