Russian beach volleyball prodigy Mariia Bocharova added yet another victory to her extensive list of youth accolades as the 19-year-old blocker paired with Elizaveta Gubina to triumph at this week’s U-20 European Championship in Izmir, Turkey.

To win her eighth European age group title, Bocharova joined forces with Gubina to prevail over Spanish Tania Moreno and Ana Vergara 2-0 (21-19, 21-18) in Sunday’s gold medal match in Izmir. That was the second time the Russians won a tournament together, with the first being the 2019 U-18 European Championship, when they also met the Spanish in the final.

The men’s tournament in Turkey was won by Slovenia’s Rok Bracko and Rok Mozic, who upset Norway's Markus Mol, the younger brother of three-time reigning EuroBeachVolley champions Anders, and Jo Sunde in the two-set (21-15, 21-15) final. 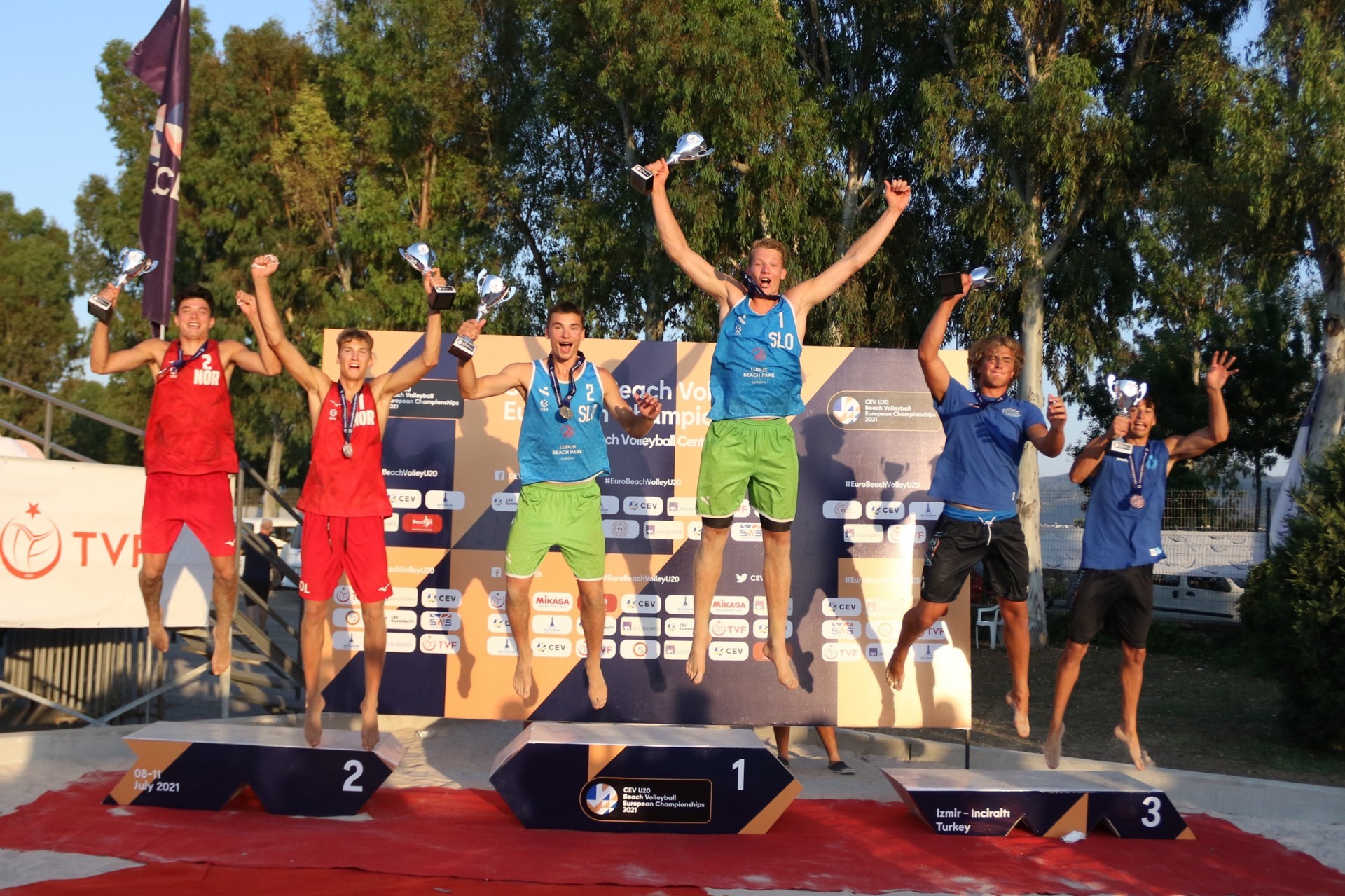 Teams from Norway, Slovenia and Italy celebrate at the podium in Izmir© CEV