The A1 CEV EuroBeachVolley presented by Swatch is closer than ever as the best teams of Europe will make the trip to Vienna to compete in the continent’s top event from August 11-15, shortly after the Tokyo Olympics.

On July 15, preparations for the tournament reached another significant milestone with the drawing of lots held at Vienna’s town hall getting attention of people all over the world, including players, fans and media.

The outcome of the draw was the formation of eight strong pools for both men and women, guaranteeing elite-level matches right from the first day of competition at the Austrian capital at both the downtown Red Bull Beach Arena and A1 5G Side Courts at the Danube Island.

With the pools already set, we’ll now take some time to present them and try to anticipate what could happen in less than a month when the continent’s elite hit the sand in Vienna. Please keep in mind that the opening stage of the event will feature a modified pool play system, so, unlike the Olympics, a team won’t face all three pool opponents.

In the opening day, the highest-seeded team in a pool will play against the lowest-seeded while the second and third-seeded will also meet each other. The winners will later clash, with the pool’s top and a spot in the Round of 16 on the line, as will the losers, in that case with survival depending on a victory. 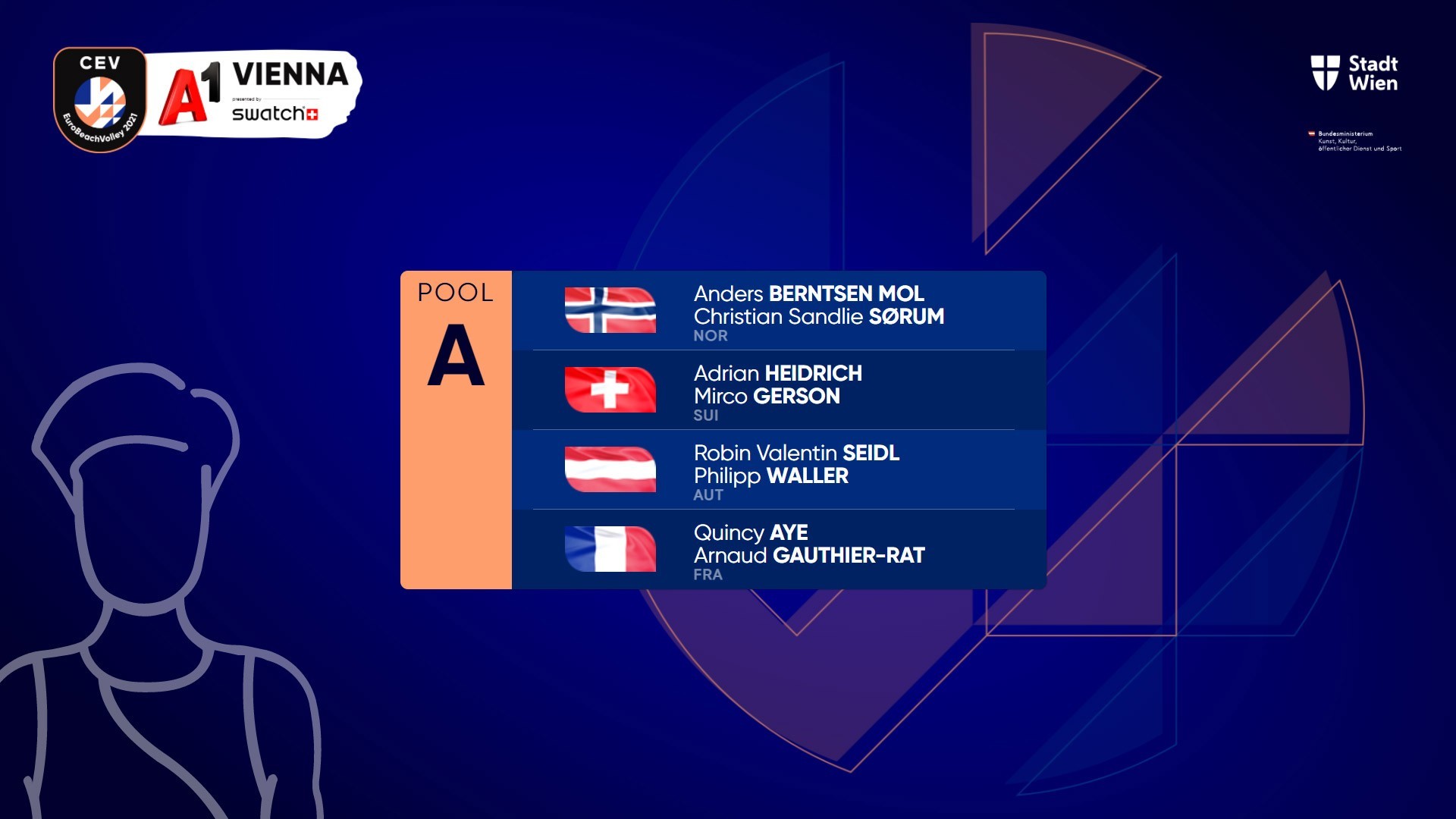 It’s hard to imagine a scenario in which Mol and Sørum, the three-time defending EuroBeachVolley champions, don’t top their pool. The two were undefeated in all of their three titles and have lost just once in 25 matches together in the event.

The Beach Volley Vikings will have to bring their best to do it, though, as Heidrich and Gerson will enter the tournament still surfing the wave of their first Olympian appearance in Tokyo and Seidl and Waller can play formidable beach volleyball, especially when pushed by their home fans, as will be the case.

Aye and Gauthier-Rat are the underdogs in a pool with five other Olympians, but the French have been quickly improving and have become harder to take down. They seem to be on the verge of a breakthrough performance and maybe that could happen in Vienna.

Did You Know? Adrian Heidrich finished ninth in each of his four EuroBeachVolley appearances but he had a lot to celebrate last year, when his sister, Joana, topped the podium of the tournament played in Jurmala, Latvia. 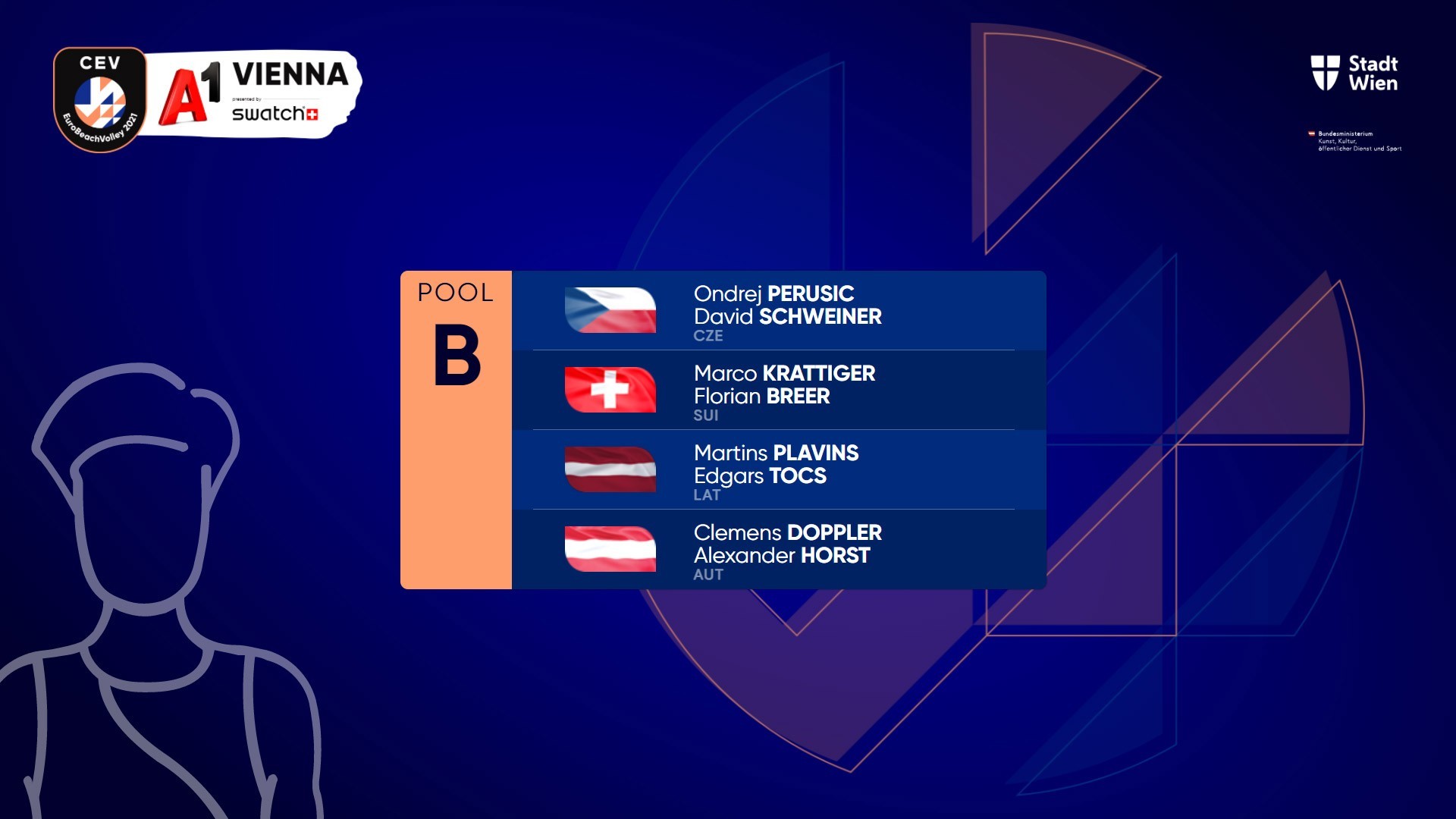 This pool is possibly the most difficult to predict as all four teams could end anywhere from first to fourth and it wouldn’t be a surprise given the parity between them – you can certainly expect some three-setters in the four matches of pool B.

Perusic and Schweiner are undoubtedly the hottest team of all four, having been brilliant in the World Tour so far in 2021, but Krattiger and Breer also have a lot of momentum on their side after they helped Switzerland qualifying to Tokyo at the Continental Cup.

Doppler/Horst and Plavins/Tocs haven’t played a lot in 2021 and their performances have been harmed by physical issues, but both teams have the experience on their side and the Austrians have a strong track record when playing at home, most notably winning silver at the 2017 World Championships in Vienna.

Did You Know? Ondrej’s grandfather Boris was a professional volleyball player and won silver at the Tokyo 1964 Games with Czechoslovakia - 57 years before his grandson is set to compete in the Olympics too. 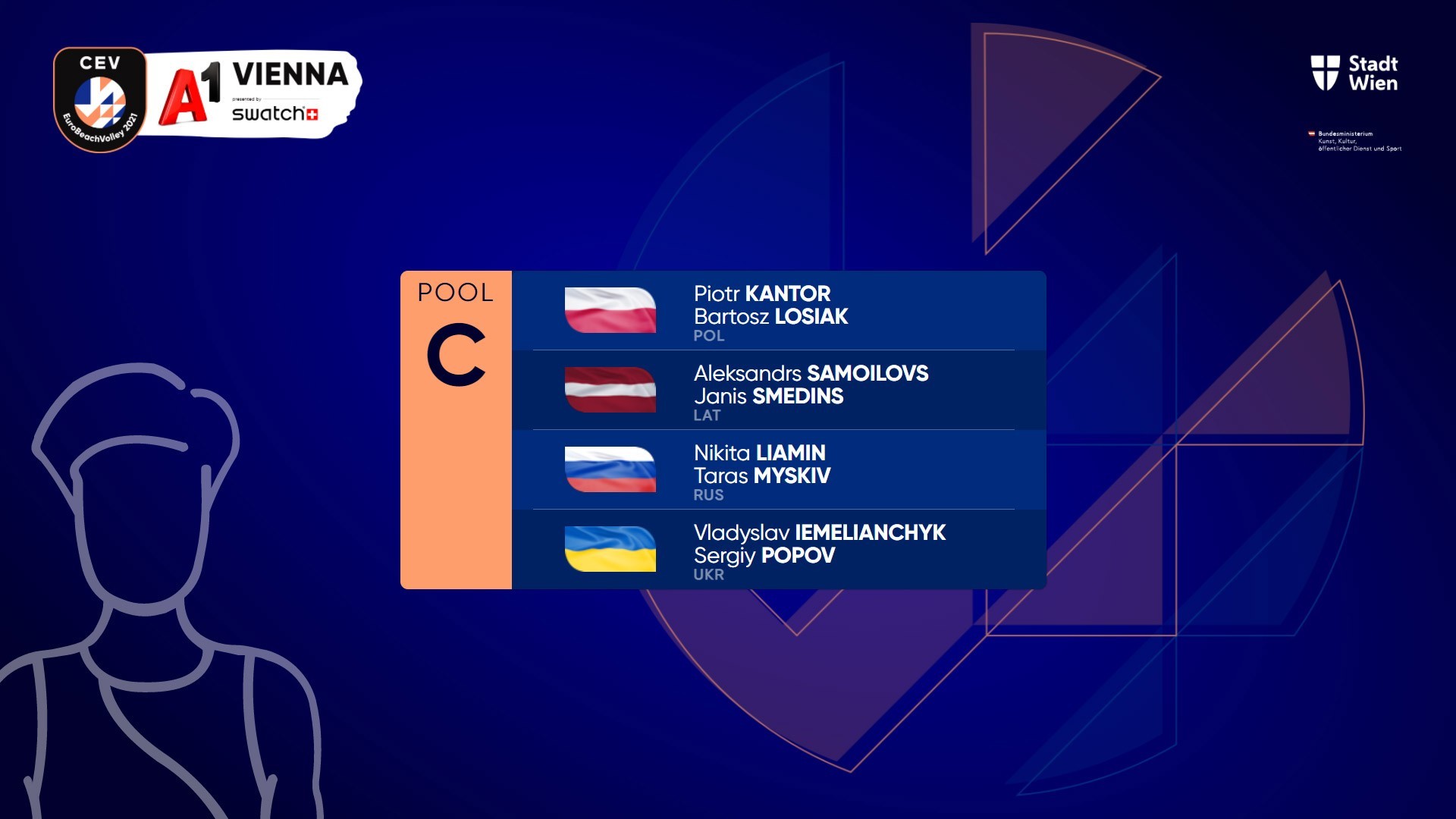 Kantor/Losiak and Samoilovs/Smedins are arguably the top two teams in the pool giving their results and experience and a meeting involving the two would be a joy to watch given their fast-paced playing style. In fact, these two teams met not long ago with a lot on the line as a Polish victory in the quarterfinals of a World Tour event in Sochi virtually eliminated the Latvians from the Olympic race.

Liamin and Myskiv represent the traditional (and stronger than ever) Russian beach volleyball and have a good mix of experience and youth. Myskiv is a lot of fun to watch too as he eventually uses skyball serves during matches.

The Ukrainians will have to overperform to get out of their pool in Vienna. The EuroBeachVolley will be their first event together since 2018 and in that season they had several ups and downs, winning medals in minor events and facing early upsets in the major ones.

Did You Know? Liamin was a solid indoor player before moving to the beach in 2014. He won the most important tournaments in Russia such as the country’s League, Cup and Supercup and secured silver and bronze medals in the European Champions League as well. 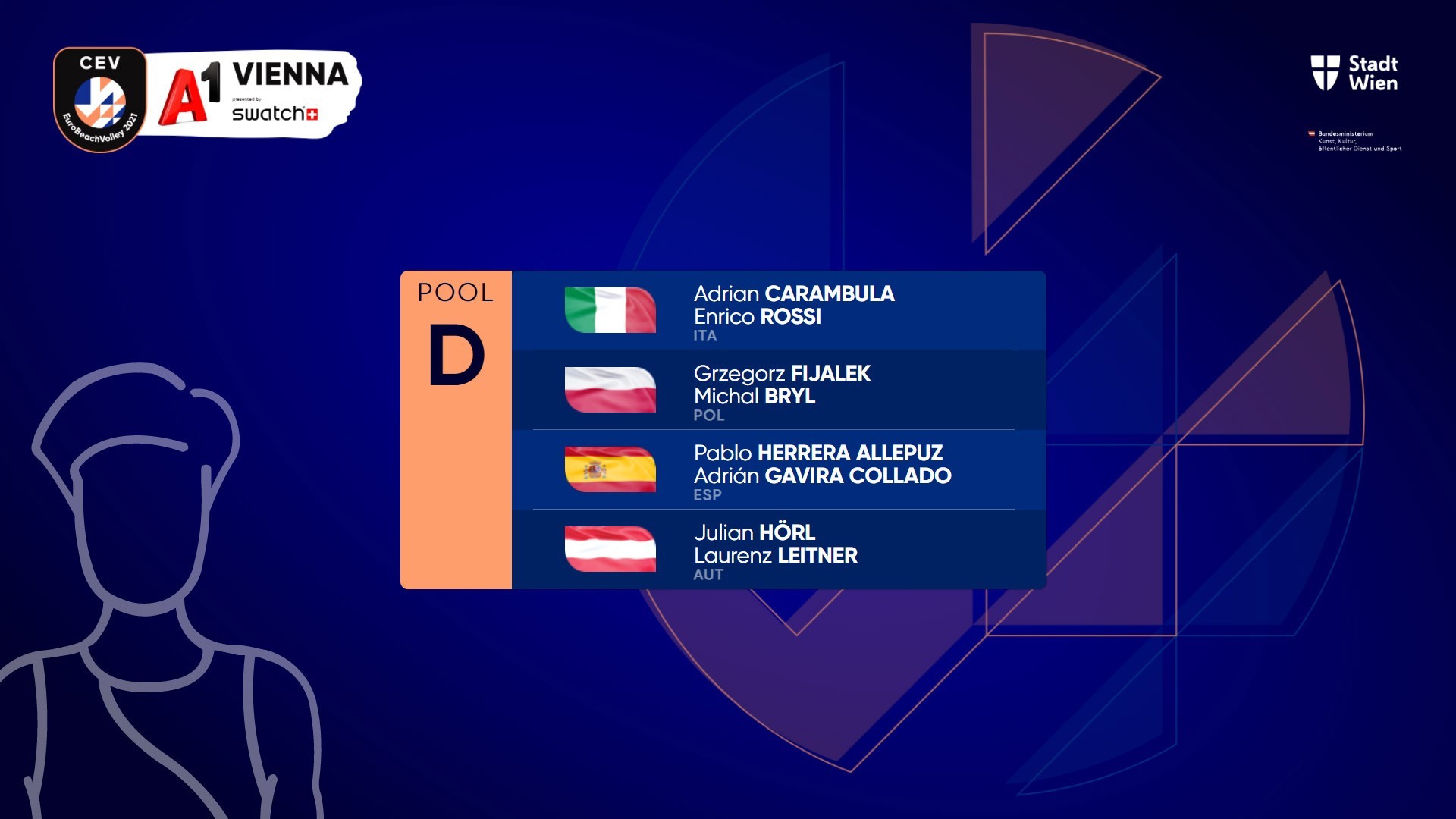 The Austrians, who will play together for the first time, had an unlucky draw, being placed in the only pool that features three teams that will compete at the Tokyo Olympics. Hörl has considerable international experience but the 21-year-old Leitner not so much and will appearing at the EuroBeachVolley for the first time.

Between the other three teams, anything can happen. Carambula and Rossi have been in great form and should have the fans by their side (except when/if they face the Austrians) because of their fun playing style. Herrera and Gavira, on the other hand, are the most consistent of the three and have won the tournament together in Austria, back in 2013.

Fijalek and Bryl are, in theory, the team with the highest ceiling among the four in the pool as they’ve ranked as high as second in the World Tour three years ago but are yet to find their best rhythm after the long break caused by the pandemic.

Did You Know? Herrera and Gavira are easily the most experienced team of international beach volleyball among the men. The two have been together since 2009 and will enter this year’s EuroBeachVolley having played in 146 events as a team.

Stay tuned for the previews of the other four men's pools later this week!