A regular in the tournament since 2003, the Greek star will be looking for another solid performance this year in Vienna

Not many players set to compete at the A1 CEV EuroBeachVolley presented by Swatch, from August 11-15, in Vienna, know more about the event (and beach volleyball) than Greek star Vasiliki Arvaniti.

She’s the only from the 64 women entered in the tournament to have appeared in the 2003 edition of the EuroBeachVolley and even among the men, only Austrian legend Clemens Doppler, who first competed against the continent’s elite in 2001, can brag about having more experience than the 36-year-old Arvaniti, who was only 18 when she paired with Efthalia Koutroumanidou to finish 19th in Alanya, Turkey, almost two decades ago.

“I remember that was my first year playing in the elite of the sport and that I didn’t have the level of experience required to compete at that level,” Arvaniti told us about her experience in 2003. “So many years later, I feel blessed to be still be able to perform at a good level and to be healthy and still having fun with beach volleyball. The game has changed a lot and it makes me proud to think that I managed to remain competitive for all these years. To be at the European Championships another time this year means a lot as it’s the most important of the year for most teams from Europe.” 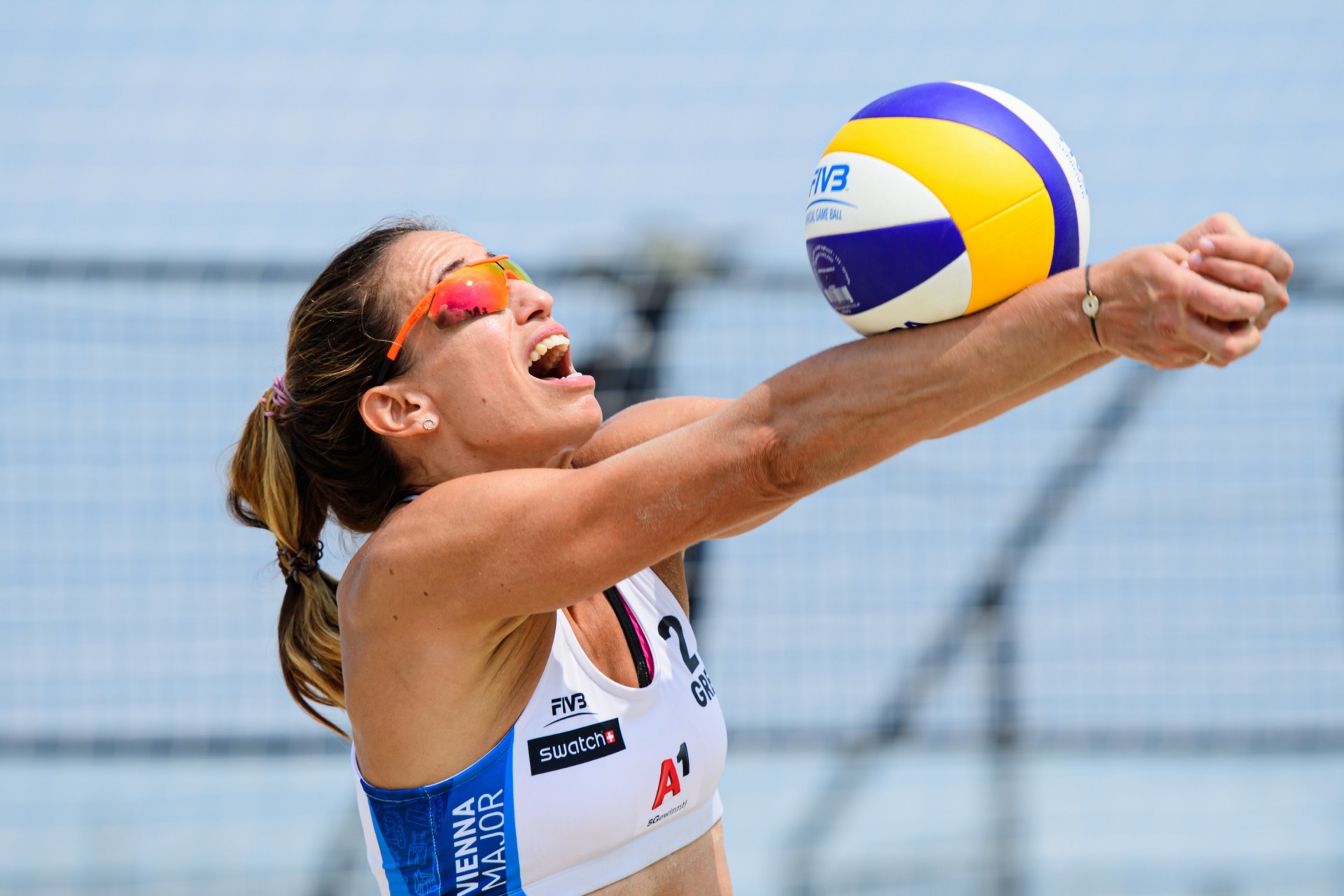 A three-time Olympian, Arvaniti has appeared in as many as 12 editions of the EuroBeachVolley but she has done far more than just competing in those events. Arguably the most successful player in Greek beach volleyball history, the left-handed defender triumphed at the 2005 and 2007 editions of the tournament with longtime partner Vasso Karadassiou and also took silver with Maria Tsiartsiani in 2012.

“Being a European champion is a great honor and something that has followed me during my entire career,” she said. “The 2005 victory was specially remarkable for us as we had a great season, won a lot of medals and finished on top of the European rankings.”

The Greek veteran missed consecutive editions of the tournament in 2017 and 2018 when she was expecting her first son, Nicolas, but returned to finish ninth in 2019 with current partner Penny Karagkouni. A full rupture of her Achilles sidelined Arvaniti again in 2020, but she’s since returned to her typical good level, lifting their team from the 320th to the 36th spot in the world rankings with victories in World Tour events in Slovenia and Cambodia.

Their main goal for the year, qualifying to the Tokyo Olympics, wasn’t accomplished, which allows the veteran to funnel all her energy to the EuroBeachVolley after winning the Greek Championships this past weekend. 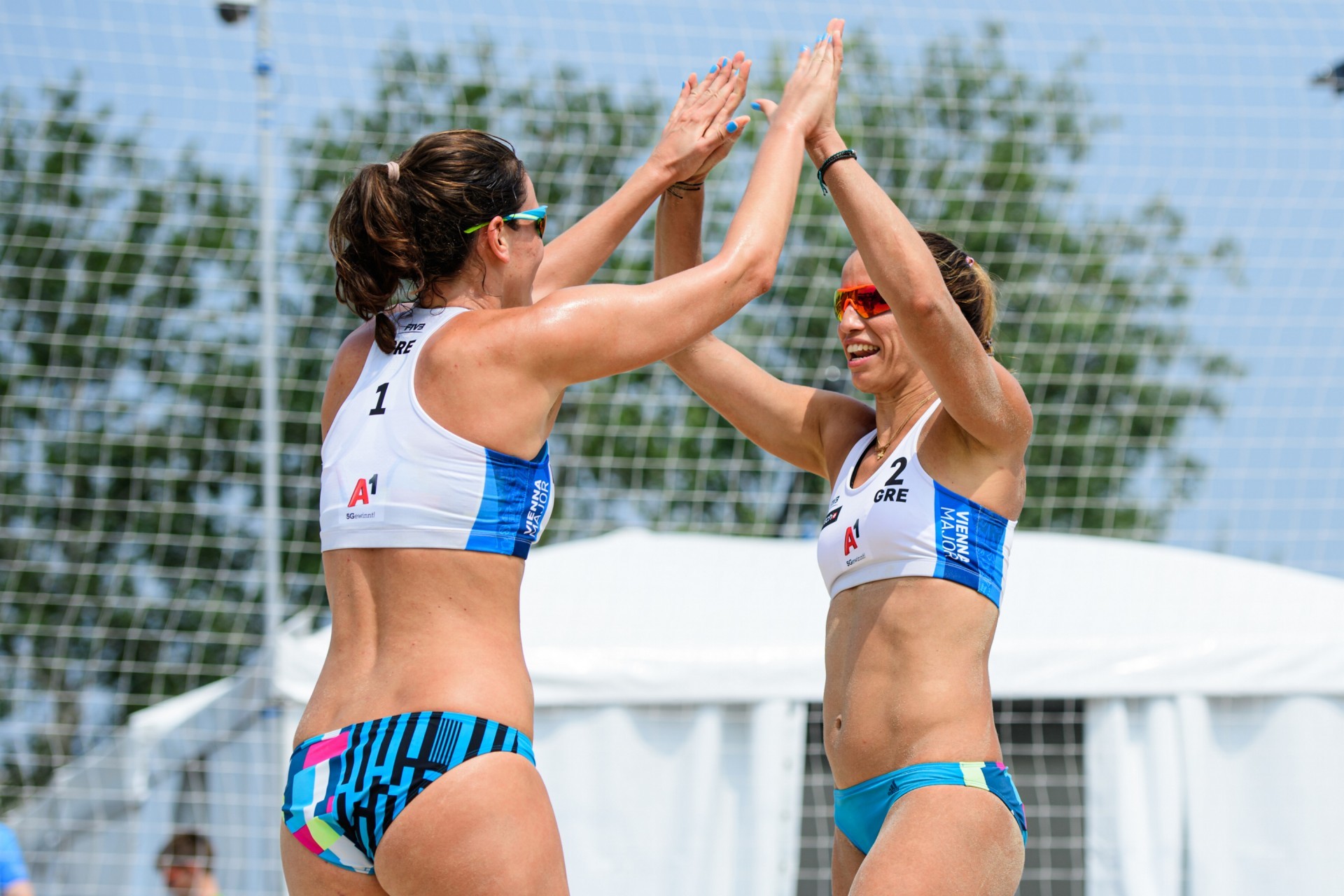 Competing in Vienna will be somewhat of a first for a player who has seen virtually everything in beach volleyball as her experience in the Austrian capital is limited to two qualification matches at the 2019 Vienna Major.

“Even if we didn’t make it to the main draw in that event, I felt we played pretty well and lot a really close match to (Germans) Ludwig and Kozuch,” the veteran added. “Austria is still one of my favorite places in the world to play and I’m very excited to compete there again. I’d consider a top-eight finish a good result for us and I believe this is possible if we can play at our best.”