Polish stars Grzegorz Fijalek and Michal Bryl joined Norway’s Anders Mol/Christian Sørum and Russia’s Konstantin Semenov/Ilya Leshukov as the first European teams to advance to the Round of 16 of the Tokyo Olympics on Tuesday.

The Polish secured their second win at the Shiokaze Park Stadium, a 2-0 (21-17, 21-18) triumph over Chilean cousins Marco and Esteban Grimalt, and now share the top of pool E with Brazilians Evandro Goncalves and Bruno Schmidt, who will be their final pool opponents on Friday.

"We came to the court very focused on our side and it worked out very well,” Fijalek said. “I am very happy that we could keep our level and built our shape step by step. We are not thinking about the next round yet. We still have one more game to play in this round against Brazil and we have to play it the same way we did today, with full power and focused on every single action and we will see what happens later.”

Two other European teams have guaranteed they will make it out of their pools but still need to confirm a top-two spot in order to avoid a lucky loser match before the Round of 16. Dutchmen Alexander Brouwer and Robert Meeuwsen are one of them as they sit at the top of pool D after their second victory in Tokyo, a 2-0 (21-14, 21-14) win over Argentineans Julian Azaad and Nicolas Capogrosso. They will play Brazilians Alison Cerutti and Alvaro Filho on Thursday.

Three-time EuroBeachVolley winners Daniele Lupo and Paolo Nicolai of Italy also got closer to the Round of 16 after they beat Japanese Yusuke ‘Gottsu’ Ishijima and Katsuhiro Shiratori in straight sets (21-19, 21-16). On the other match of the pool, Germans Julius Thole and Clemens Wickler prevailed over Polish Piotr Kantor and Bartosz Losiak also in two sets (22-22, 21-16). 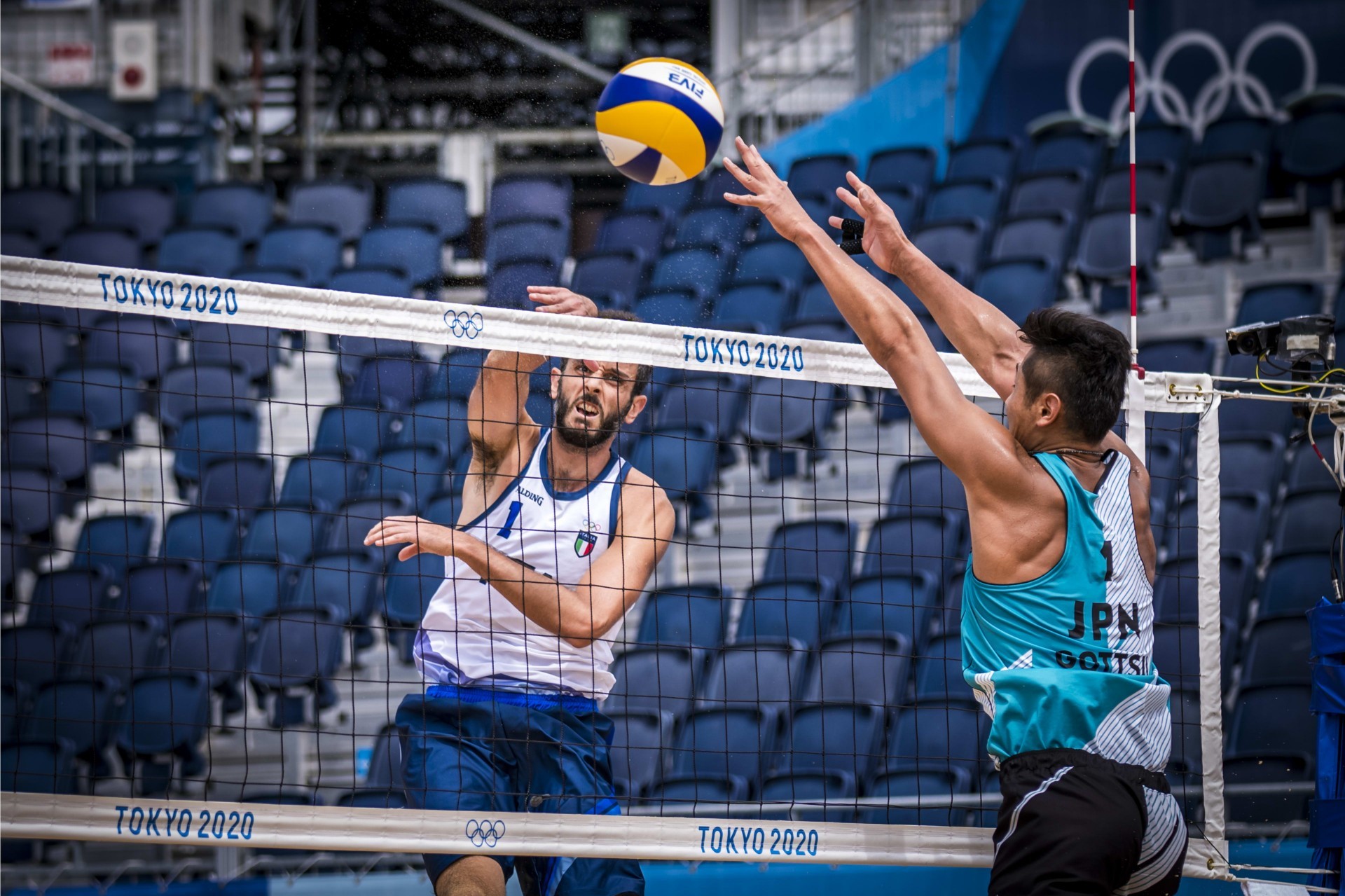 With the second match day concluded, Lupo and Nicolai are at the top of pool F with two wins, followed by Thole/Wickler and Kantor/Losiak with one each. The Italians play the Polish on Friday while the Germans meet the Japanese on Saturday.

The fourth day of the Olympic beach volleyball tournament wasn’t as productive to European women as both Spain’s Liliana Fernandez/Elsa Baquerizo and the Netherlands’ Sanne Keizer/Madelein Meppelink dropped their pool B matches. 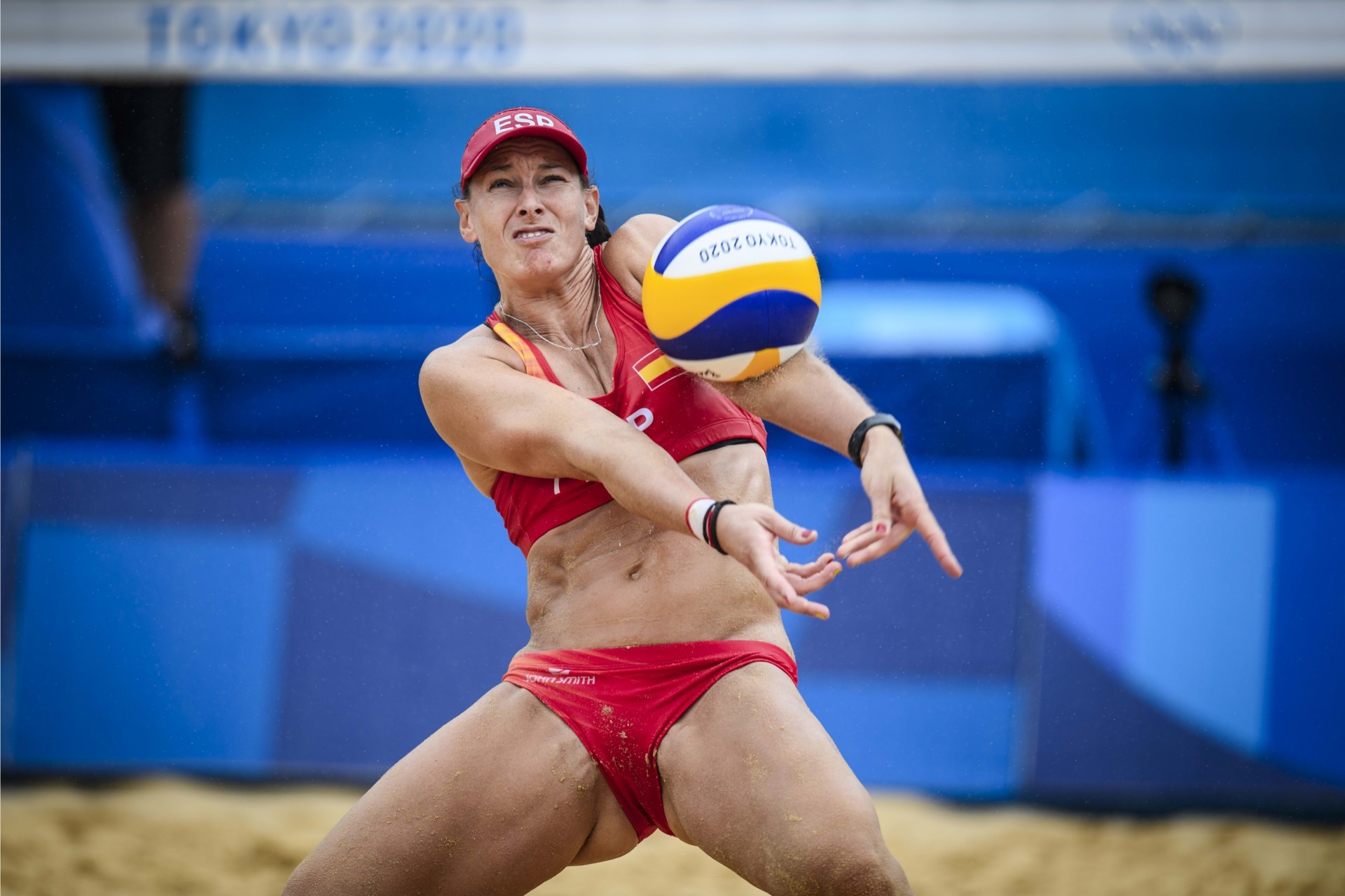 Liliana receives during the match against Ross and Klineman© Volleyball World

On Friday, Elsa and Lili, who have one win and one loss, will face the Chinese while the Dutch will need to defeat the Americans in order to not be eliminated on pool play.