For athletes of every sport, appearing in a big tournament for the first time normally means a massive opportunity to get experience, be tested against the best and make some important steps towards the future of their careers.

Stefan Boermans and Yorick de Groot will try and do all of these things at this year’s A1 CEV EuroBeachVolley presented by Swatch, from August 11-15, in Vienna, but don’t expect the Dutch to settle for ‘just’ that when they hit the sand in the Austrian capital next month.

One of the hottest teams in the world right now, the 26-year-old Boermans and the 21-year-old de Groot won the prestigious World Tour event in Gstaad, Switzerland, at the start of July and they hope to carry the momentum to their first appearance in the continent’s premier tournament.

“We’re looking forward to see what the EuroBeachVolley will bring for us,” Boermans said. “The last time we played internationally was in Gstaad and we hope we can keep playing at a really good level in Vienna. We’ve been doing really well in the World Tour this season and we know we can play against the best teams in the world. We are not entering the tournament with expectations of winning a medal but we know we can do something big if things go our way.”

Their recent good form at the World Tour has put the Dutch in a unique position as even though they’re the only players on pool E without EuroBeachVolley experience alongside German Lukas Pfretzschner, their team is the top-seeded in the group.

“It’s really cool to be the top-seeded team in our pool in our first time at the EuroBeachVolley but it won’t make a difference when the tournament starts,” the blocker added. “The most important thing is that we can play at our best level, if we can do that we’ll have a change of getting a good finish. In a tournament of this caliber, you’ll have to play the best teams in Europe sooner or later, so the key will be to do the best we can and see how far we can go.” 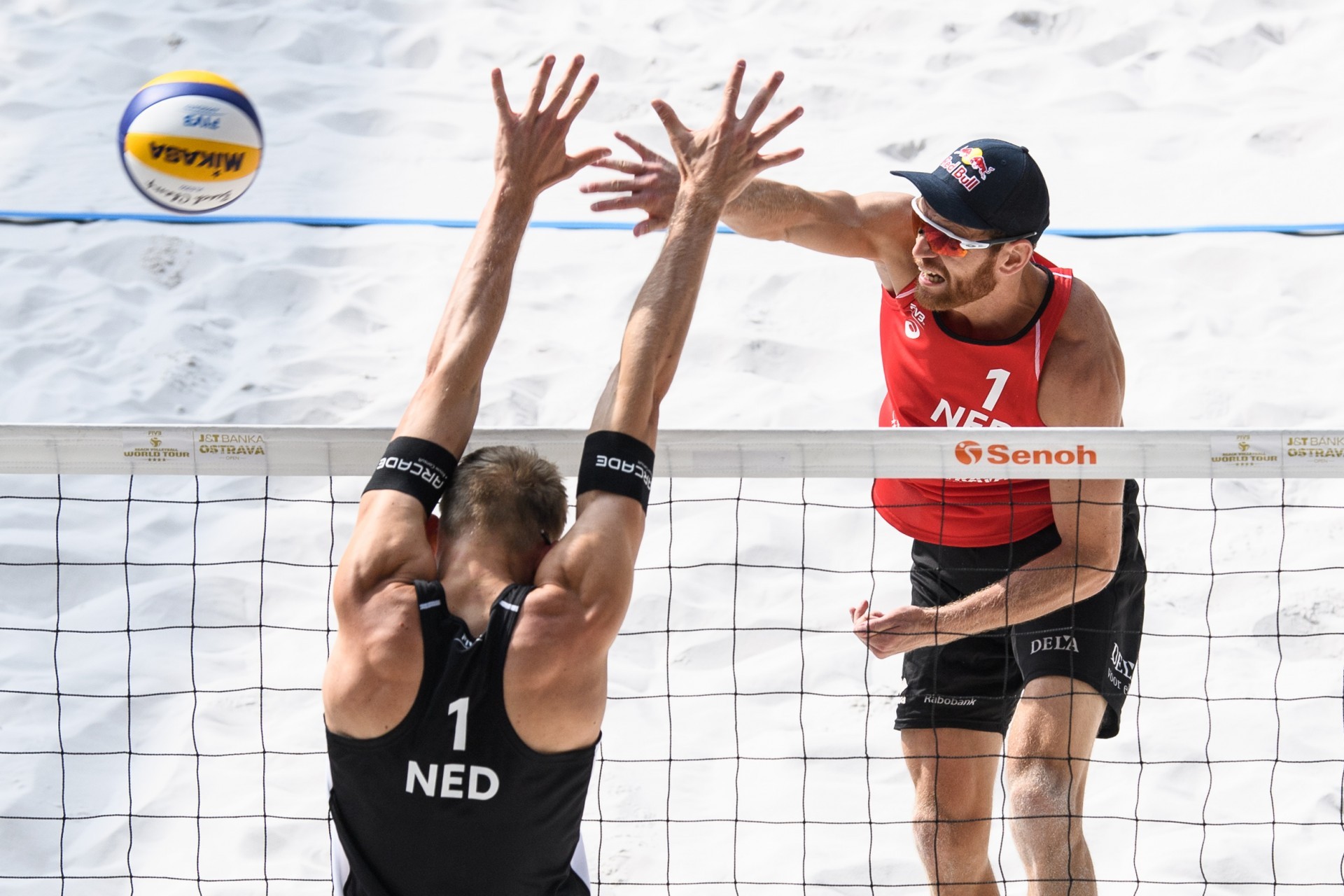 The fact that the 2021 EuroBeachVolley will be played in Vienna, a city that has quickly established itself as beach volleyball’s world capital, also makes Boermans’ eyes shine when he thinks about it.

The Dutch, who started to consistently compete internationally in 2019, has never played in the Austrian capital but he’s well-aware of the reputation the city developed in the sport after hosting some of the best international events over the last few years.

“We’re really happy to be able to play this year, especially with the event been in Vienna,” he added. “I’ve heard a lot of great stuff about the events there and I remember watching on television when Christiaan Varenhorst and Maarten van Garderen finished fourth in the World Championships in 2017. I even remember the song ‘Vienna, put your hands together’ and all.” 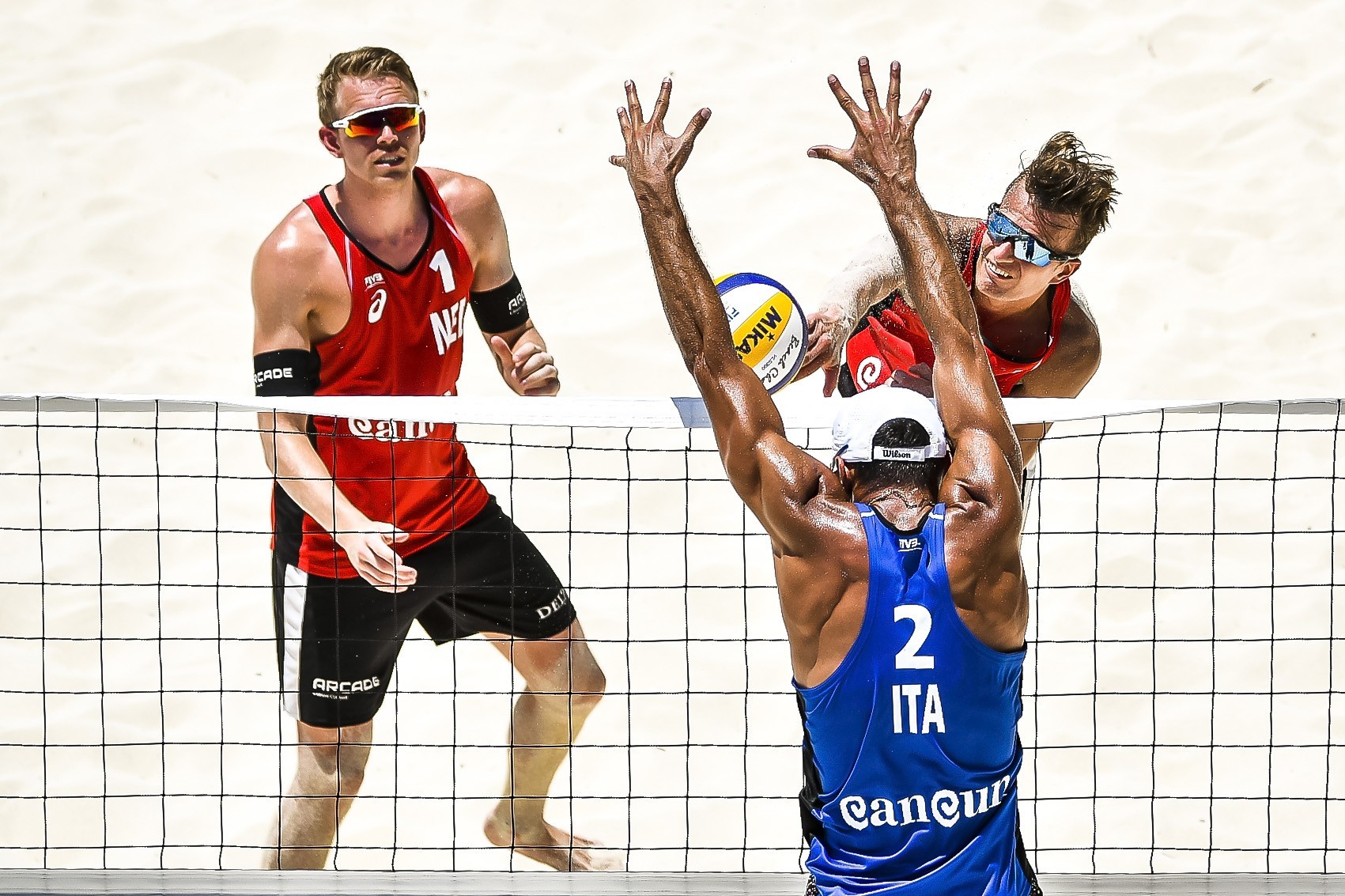 Boermans, however, is not a total rookie when it comes to the EuroBeachVolley. He attended the 2018 edition in the Hague, when he was just starting in the sport, and even though he was just a fan there, he found motivation in the victory of a team that will likely compete with them for medals this year.

“I went there to cheer for the Dutch teams,” he recalled. “I remember seeing Anders Mol and Christian Sørum winning the tournament and it was really motivating for me to see those young guys winning such an important tournament. It showed me that hard work pays off no matter how young or new to the sport you are. It’s funny that they also won their first tournament in Gstaad. It’s been nice to see them having such a nice run in the sport and hopefully we can also do something like that.”

Welcome to the party, guys!