Russians Konstantin Semenov and Ilya Leshukov have stunned world ranking leaders and three-time EuroBeachVolley winners Anders Mol and Christian Sørum of Norway to cause the major upset of the fifth day of the Tokyo Olympics.

Semenov, a three-time Olympian and a Rio 2016 semifinalist, and Leshukov came out on top of the closely-contested match against the Beach Volley Vikings, delivering a 2-0 (21-19, 21-19) win that secured them at the top of pool A and directly into the Round of 16. It was the first victory of the Russians in four matches involving the teams.

"We worked a lot during our preparation for the Olympics," Semenov said. "For us, every match is a final and this is just another win for us. We feel good about it. We came here to win a medal and if every match plays out like this one, we will."

The Norwegians, who finished second on the pool, are also guaranteed in the Round of 16 while Spanish veterans Pablo Herrera and Adrian Gavira, who finished third after they defeated Australians Christopher McHugh and Damien Schumann 2-0 (21-16, 21-16), need to wait until the conclusion of the other pools to find out if they also made through as one of the two best third-placed teams or if they will have to play a ‘lucky loser’ round. 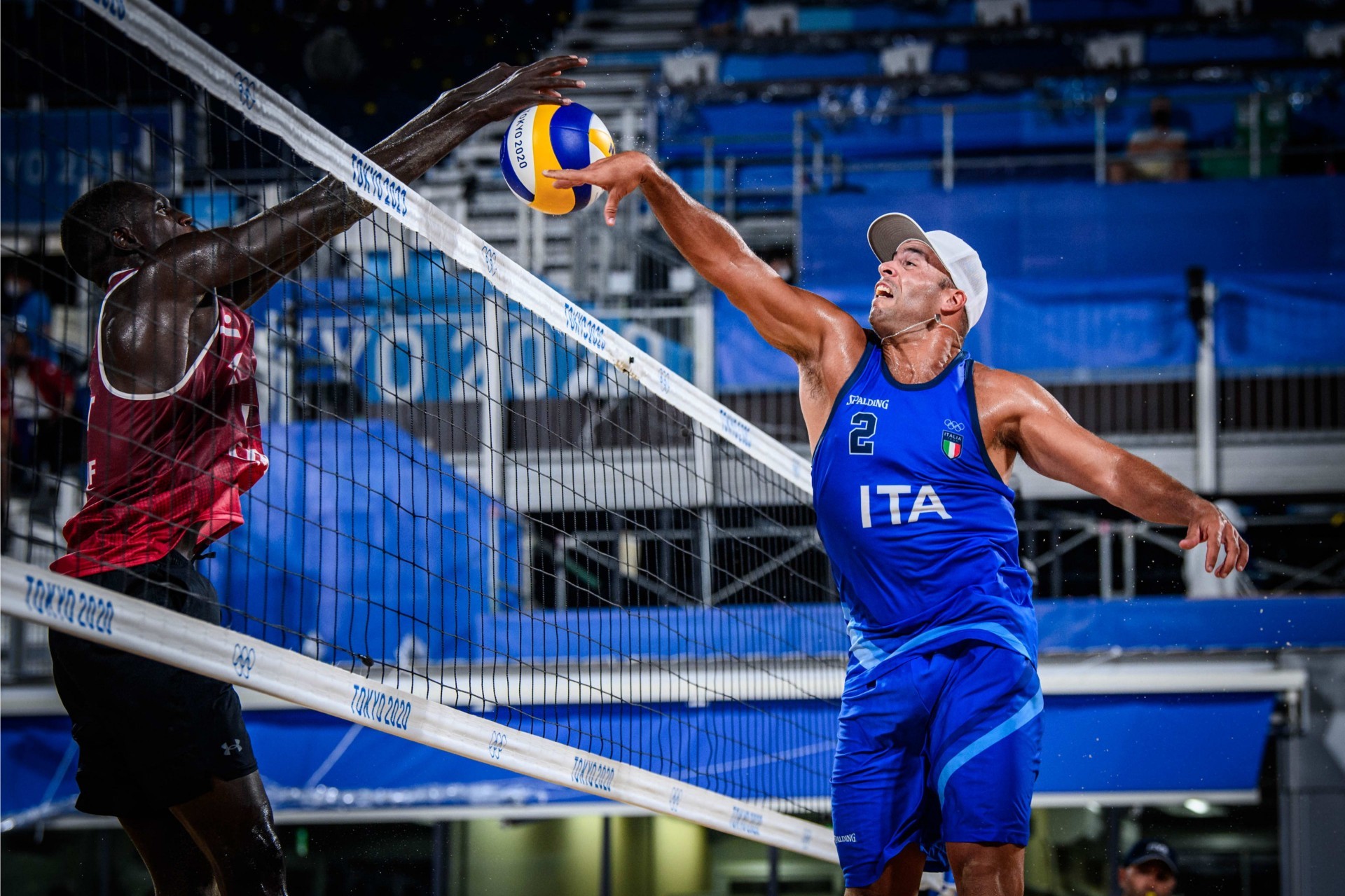 Carambula battles with Cherif at the net© Volleyball World

The other two European teams that were on the court on Wednesday accumulated their second losses in the tournament and will now face each other in the final match of Pool C, on Friday, where only the winners will continue in the tournament.

“We should have showed mental toughness, but we failed to do so,” Carambula said. “We entered the second set with the wrong mentality. Now, we have to recover and beat the Swiss team on Friday.” 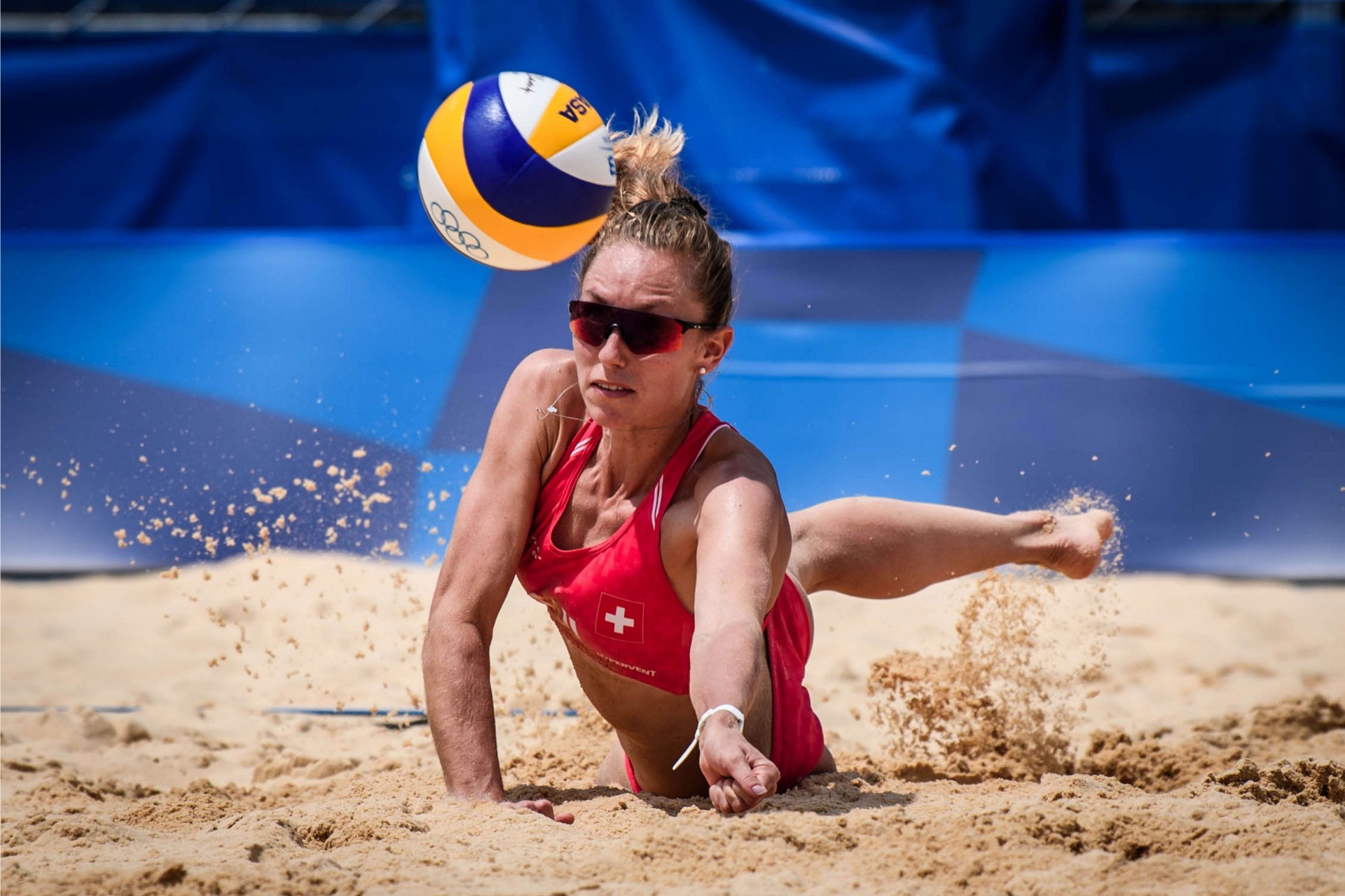 Betschart digs in the match against the Japanese© Volleyball World

On the women’s side, European duos took the first two spots of Pool F, the first to complete its schedule at the Shiokaze Park Stadium. Swiss Nina Betschart and Tanja Hüberli finished first after they defeated Japanese Miki Ishii and Megumi Murakami in three sets (14-21, 21-19, 15-12).

Germans Laura Ludwig and Maggie Kozuch registered their second win in Tokyo with a forfeit victory over Czechs Marketa Sluková and Barbora Hermannová, who couldn’t play due to a positive COVID-19 test. Both Swiss and Germans are guaranteed in the Round of 16.

Russians Nadezda Makroguzova and Svetlana Kholomina are just one win away from winning Pool E after they downed Cubans Leila Martinez and Lidiannis ‘Lidy’ Echeverria in straight sets (21-16, 21-11). Guaranteed in the Round of 16, they will play Australians Mariafe Artacho and Taliqua Clancy, who beat Italians Marta Menegatti and Viktoria Orsi Toth also in two sets (22-20, 21-19), in the pool final on Friday. The Italians will need to prevail over the Cubans on the same day to continue in the tournament. 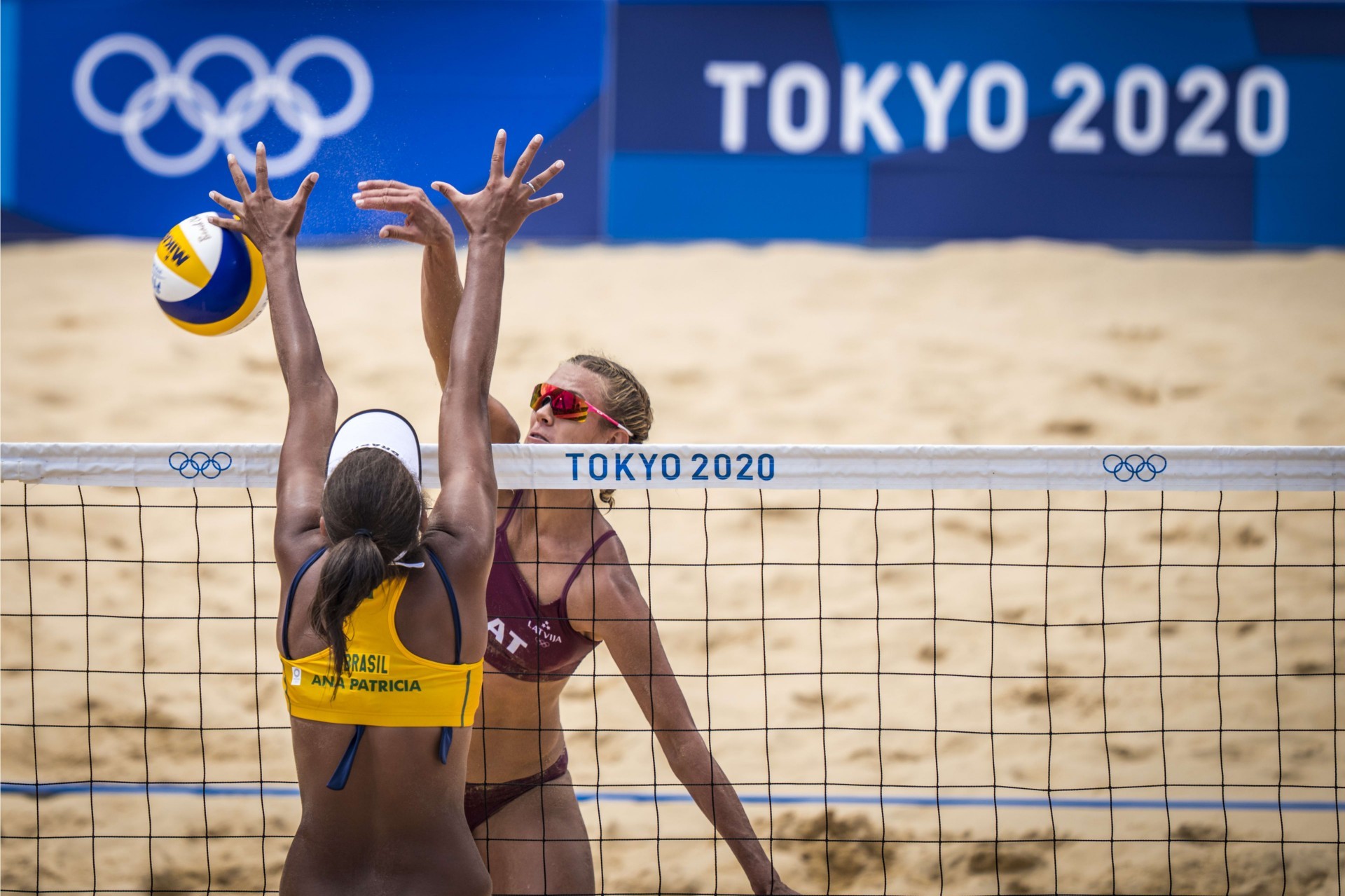 Latvians Tina Graudina and Anastasija Kravcenoka claimed their first win in Tokyo as they upset Brazilians Ana Patricia Ramos and Rebecca Cavalcanti in three sets (21-15, 12-21, 15-12) on Pool D. With one win and one loss, they will clinch a Round of 16 spot if they can secure a win against Kenyans Brackicides Khadambi and Gaudencia Makokha on Saturday.

“The match was very similar to the first one we played,” Graudina commented. “There was a good set and a very bad set, and then a very close third set, where the last three points decided the outcome of the game. We are so happy that this game turned in our favor and I think it came with the experience of already having played a three-setter at the Olympics.”