Nicolai: ‘I expect the best EuroBeachVolley ever’

Italian star Paolo Nicolai is well-versed when it comes to international beach volleyball. A Rio 2016 Olympic silver medalist, the 32-year-old blocker has been competing among the elite of the sport since 2008, having appeared in 140 tournaments in his career, including three editions of the Olympics.

Yet, he believes one of the best in his list is yet to come. That’s what the Italian expressed when asked about his expectations for next week’s A1 CEV EuroBeachVolley Vienna 2021 presented by Swatch.

“I expect it to be the best EuroBeachVolley ever,” he summarized. 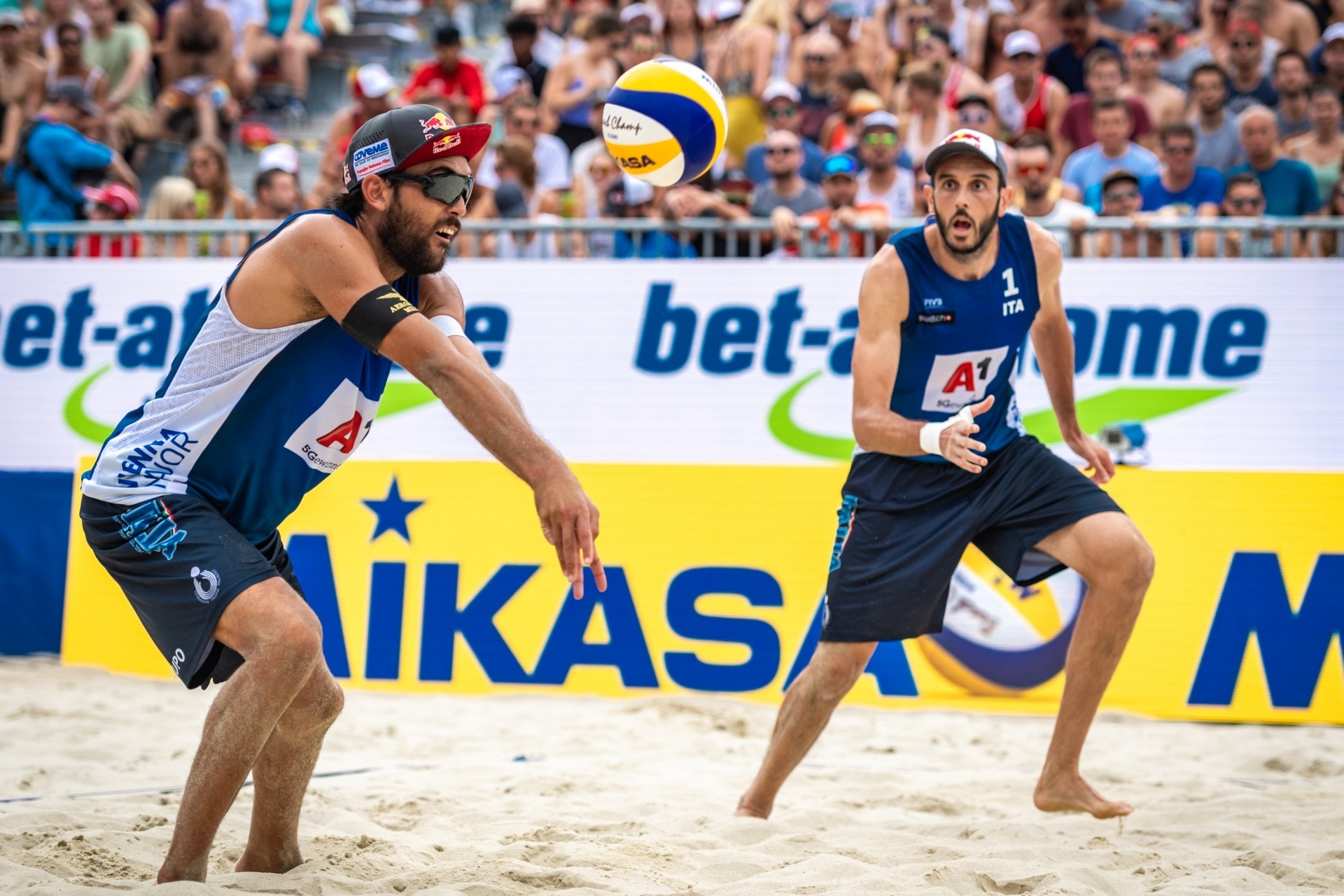 The reasons behind Nicolai’s thinking aren’t difficult to understand. For starters, Vienna has arguably the best atmosphere for the sport in the entire world, having successfully hosted the 2017 World Championships and Majors in 2018 and 2019.

This year’s setup for the EuroBeachVolley might enhance that aspect even more as the Red Bull Beach Arena was built in a new location, in downtown Vienna, right at the Heumarkt, while the traditional competition area at the Danube Island will host three A1 5G Side Courts.

The level of play, the Italian says, has gotten significantly better over the years since the first of his ten appearances, back in 2009.

“The level of competition the tournament has today is insane,” he reflected. “Back in 2009, there weren’t more than three or four teams with a real chance of winning the EuroBeachVolley but this year, I can think of at least ten teams that could do it. It’s crazy.”

Regardless of the level of competition he faced, Nicolai has developed the habit of winning a lot in the EuroBeachVolley. The Italian finished in the top ten in eight of his ten appearances in the event and made it to the semifinals in five occasions.

Partner Daniele Lupo and him finished third in Jurmala last year but the highlights of their history in the event are unarguably their victories in 2014, 2016 and 2017, most notably the first one, on their home sand Cagliari.

“Our three EuroBeachVolley victories are among our most important achievements as a team,” the blocker added. “I’m really proud to be a three-time Olympic champion. Our first victory in Cagliari was the most special as winning it for the first time and to do it at home, it gave me such an amazing feeling.”

The Italians were (and still are) on pace to become the first team to win the EuroBeachVolley for a record four times after their third victory in 2017, but the recent domination of recently-crowned Olympic champions Anders Mol and Christian Sørum of Norway in the tournament, which resulted in three consecutive victories for the Beach Volley Vikings, has set them back on that goal. 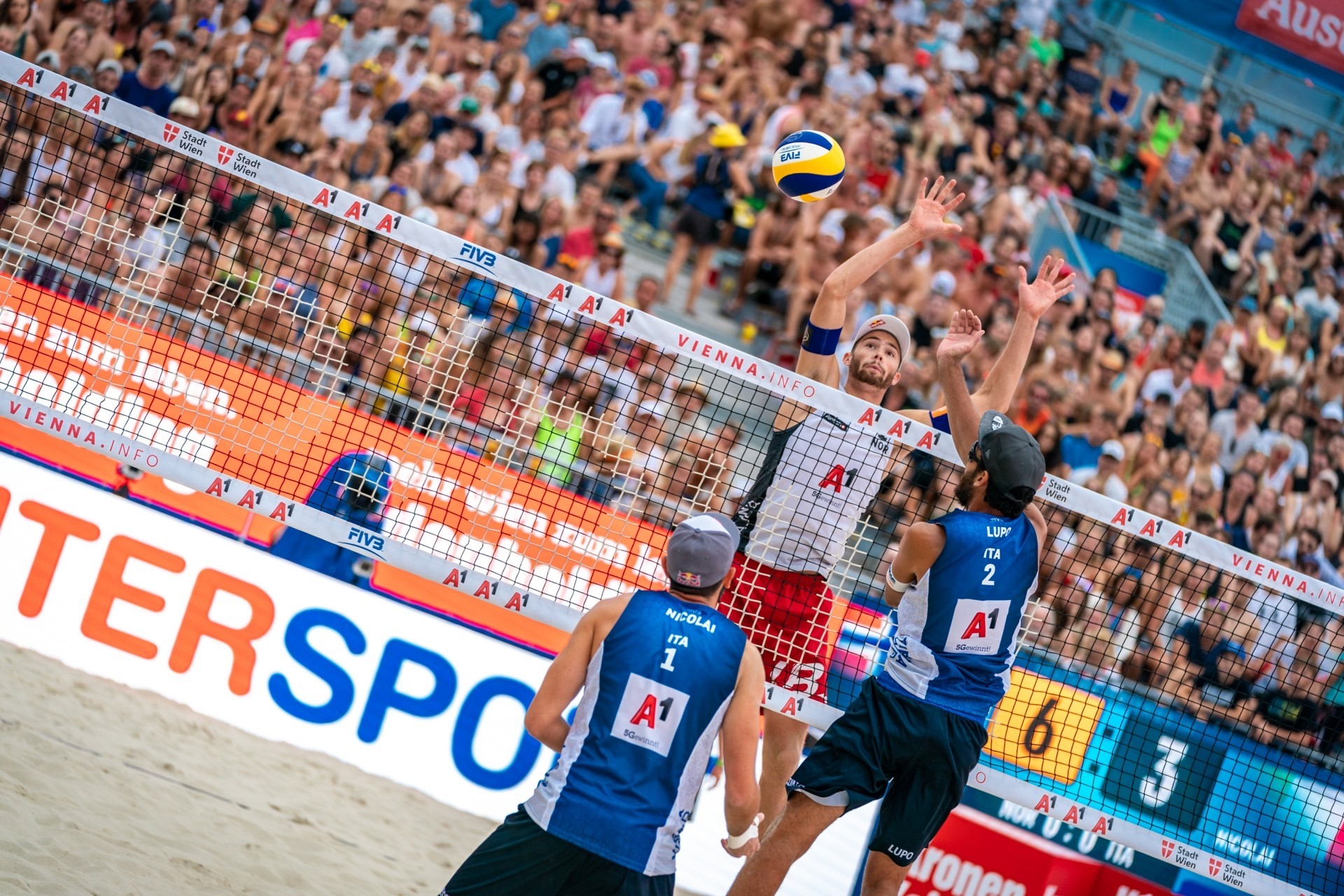 Next week, they’ll try it again, starting with their opening match on Pool D, against Russians Ruslan Bykanov and Alexander Likholetov, on Thursday.

“That would be fantastic and we will, of course, try to do it again,” Nicolai remarked. “But what the Norwegians have been doing isn’t easy to see in sports. They’re breaking records, taking the sport to another level and raising the bar for everyone else.”

These were the big star female players in Vienna 2022