A loss that feels like a win for Ermacora

After nearly missing the EuroBeachVolley, the Austrian star makes his debut at the Red Bull Beach Arena

Austrian star Martin Ermacora didn’t know up until Wednesday if he would be able to compete at the most important tournament of the year for him, the A1 CEV EuroBeachVolley 2021 presented by Swatch.

Involved in a car accident a few days ago, the 27-year-old blocker was dealing with the consequences of a concussion and whiplash injury, but partner Moritz Pristauz and him hit the sand at the Red Bull Arena on Thursday, the first day of the men’s tournament at the Austrian capital.

Despite fighting hard, the Austrians but ended up falling to Belgians Dries Koekelkoren and Tom van Walle in a close three-setter (15-21, 21-16, 15-13) on Pool H, but after days of uncertainty, they couldn’t be prouder of just being on the court.

“For the first performance and considering how we prepared for this tournament and the circumstances, I think we can be quite happy and proud with our performance”, said Ermacora. “I needed one set to get used to the stadium because I haven’t been there, I had no practice there. I practiced once over the last few days, but not in this venue. I needed to get used to the conditions, to the metrics of the stadium and to the wind.” 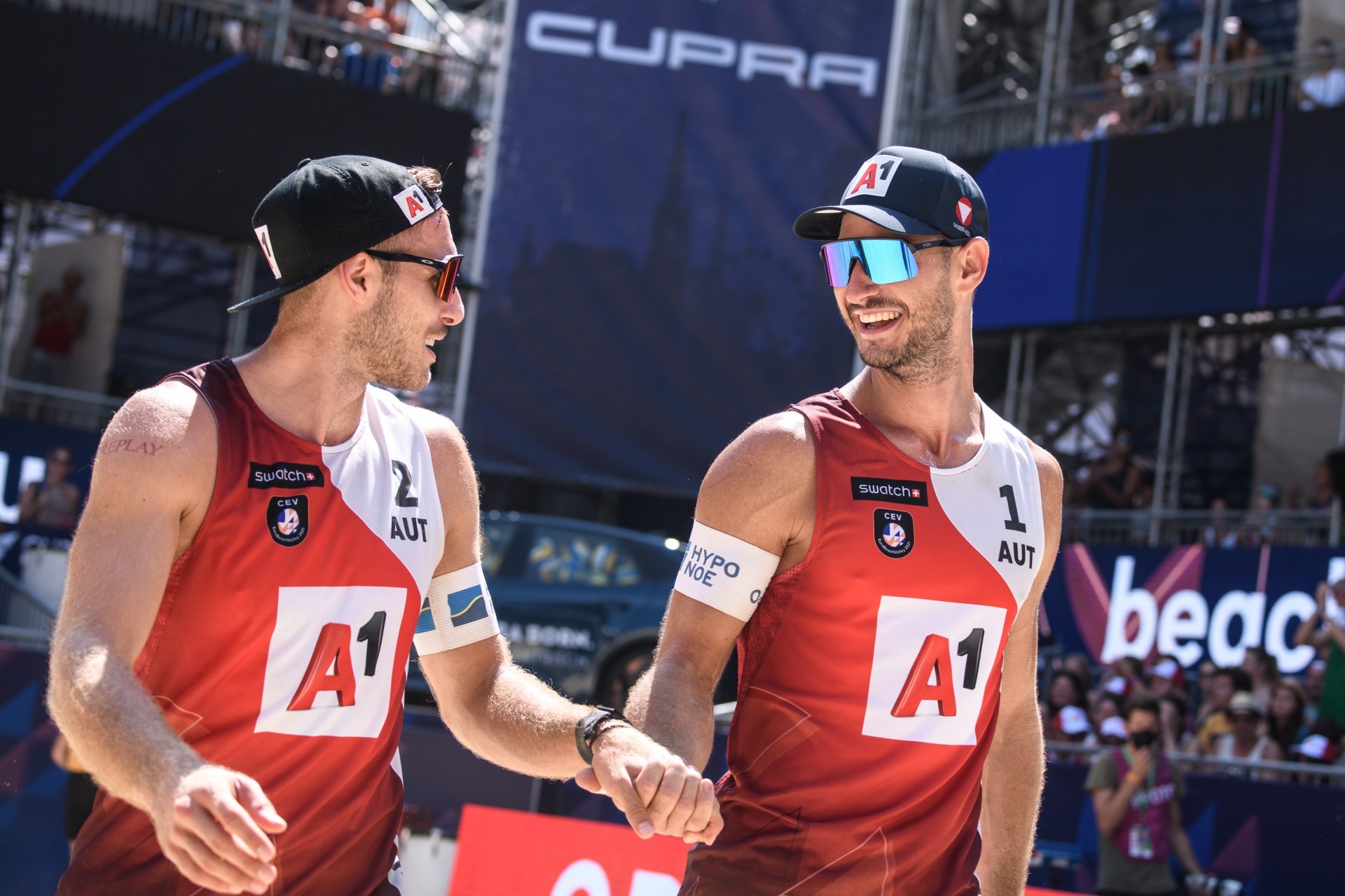 One thing the Austrian didn’t struggle with, for sure, was the unconditional support coming from the packed stands of the Red Bull Beach Arena.

“Fans were so loud that we nearly couldn’t understand each other so we had to scream and shout in order to communicate,” he explained. “And I still have goosebumps! Especially today, after being a little sick and injured in the last weeks, they gave me so much energy to get into the game.”

The Austrians now have to beat Belarus’ Aliaksandr Dziadkou and Pavel Piatrushka on their second match on Thursday to remain alive in the tournament, but regardless of how their journey ends in Vienna, they will still be proud of the simple fact they were able to play it together.

“We won’t go into this tournament with high expectations, so we just try to give our best out there and try to go point for point,” Pristauz reflected. “He hasn’t been that lucky this season with all the injuries and setbacks but I am really proud of how he handles it, not just physically but mentally.” 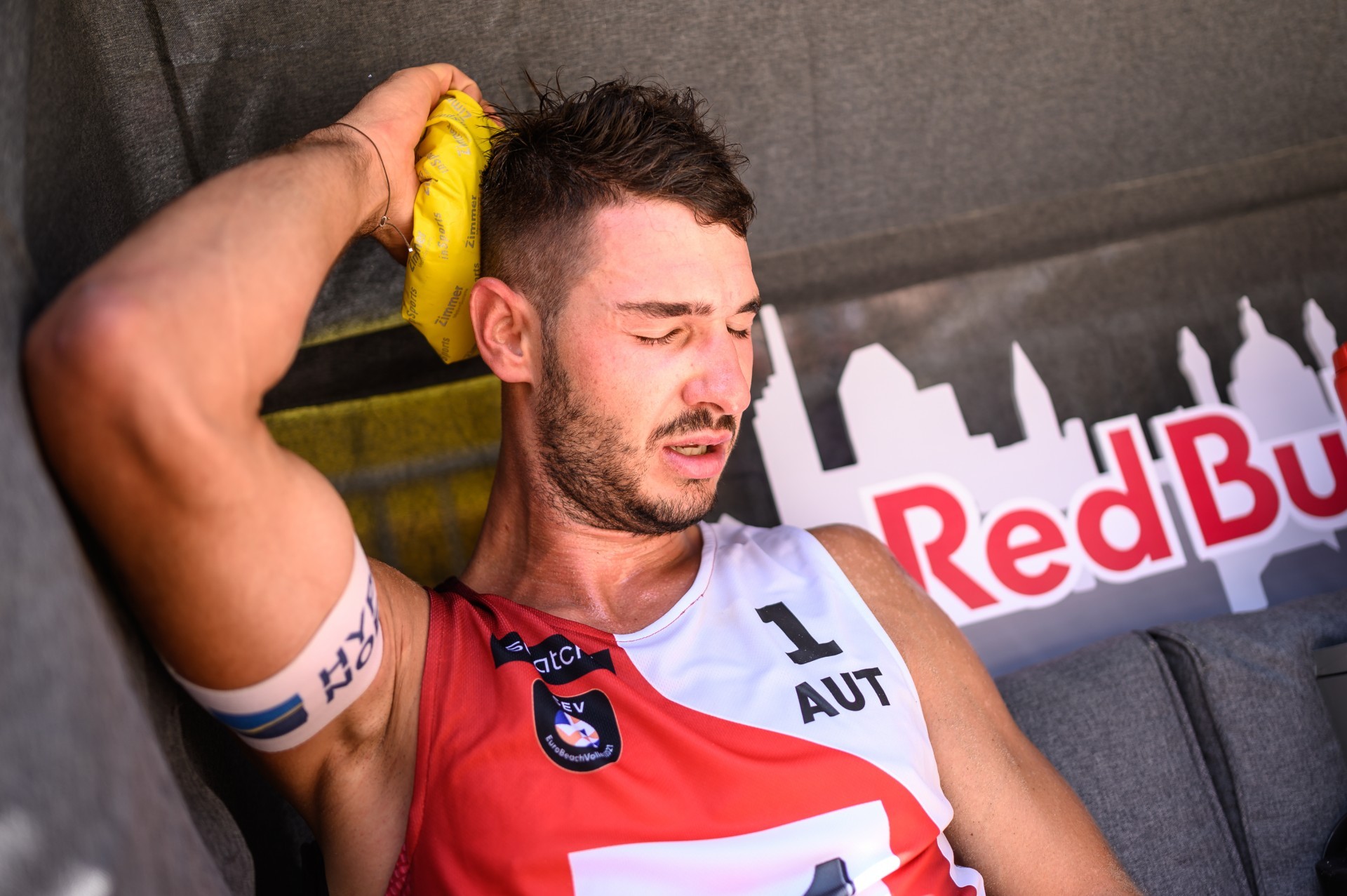