Partnering temporarily for the A1 CEV EuroBeachVolley Vienna 2021 presented by Swatch, Nils Ehlers and Lukas Pfretzschner continue to exceed expectations at the Austrian capital as the Germans are now in the quarterfinals of the men’s tournament.

Joining forces due to an injury of Ehlers’ regular partner Lars Flüggen, the two secured an important Round of 16 victory on Friday, dominating Russians Nikita Liamin and Taras Myskiv to a straight-set (21-19, 21-17) victory on one of the A1 5G Side Courts at the Danube Island.

“It’s been amazing to play here,” Ehlers said. “We’ve been getting so much support from the home fans and also some Germans who are here. Lukas has been fantastic too, he’s so young (21) and talented. It’s our first time playing together and he’s been siding out so well and handling all the pressure.”

An U18 European champion in 2016, Pfretzschner, who played in the EuroBeachVolley in 2020 with Philipp Bergmann to finish 17th, is enjoying his successful run with Ehlers in Vienna.

“It’s my second EuroBeachVolley but the first with that many fans,” he commented. “It’s been so much fun to play here.” 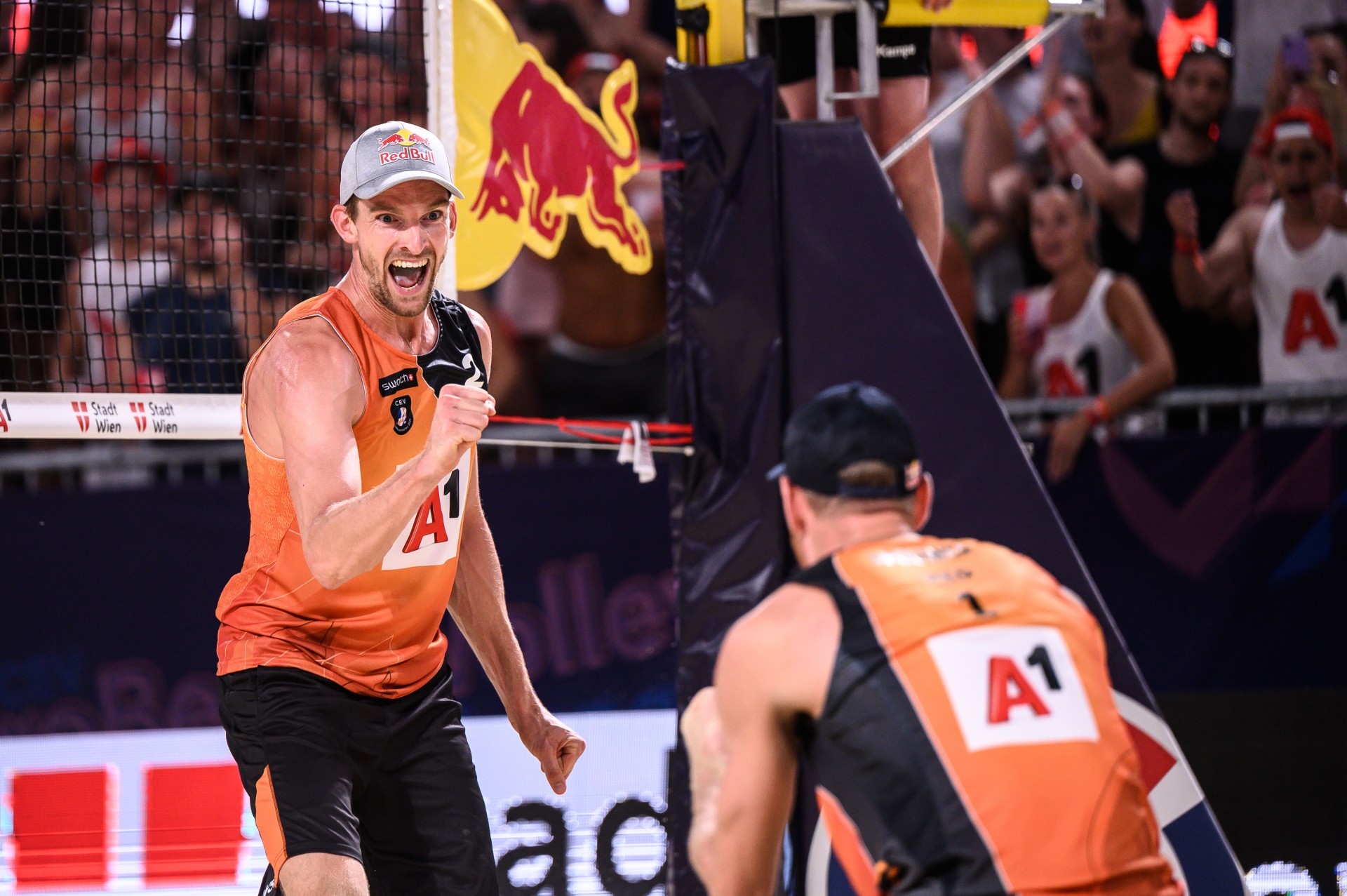 Meeuwsen and Brouwer are in the quarterfinals of the EuroBeachVolley

The Germans’ next opponents in the tournament will be Dutch Olympic medalists Alexander Brouwer and Robert Meeuwsen, who knocked Tokyo semifinalists Martins Plavins and Edgars Tocs of Latvia with a 2-0 (21-15, 21-18) win at the Red Bull Beach Arena.

Reigning Olympic champions Anders Mol and Christian Sørum of Norway continue on pace for an unprecedented fourth-straight victory at the EuroBeachVolley after they topped Italian Olympic medalists Daniele Lupo and Paolo Nicolai 2-0 (21-18, 29-27). In the quarterfinals, they will play, for the third time in just three weeks, Russians Konstantin Semenov and Ilya Leshukov, who progressed with a two-set (21-13, 21-19) victory against Dutch Christiaan Varenhost and Steven van de Velde.