History was made just about ten days ago in Vienna, when Norwegians Anders Mol and Christian Sørum won the A1 CEV EuroBeachVolley Vienna 2021 presented by Swatch, but that was such a fantastic week of beach volleyball in the greatest place in the planet that it still feels like yesterday.

As the memories from those magic five days in the Austrian capital simply refuse to go away, we just decided to list five of the most special of them. We started with the women, on Tuesday, and now it’s time we present our picks for the men’s tournament.

Doppler and Horst walk away

For a decade, they were the face of Austrian beach volleyball. If the partnership of Clemens Doppler and Alex Horst ever had to come to an end, it had to be in Vienna and nowhere else. We all hoped they could play for more than a day in their hometown so both them and the fans that packed the Red Bull Beach Arena could make the moment last longer, but the images and sounds of their last match as partners remain in everyone’s minds. It was, for sure, one of the highlights of the EuroBeachVolley.

Vikings win a battle against Lupo and Nicolai

The Round of 16 of the EuroBeachVolley had some truly remarkable matches and one of them involved Mol and Sørum and Rio 2016 silver medalists Daniele Lupo and Paolo Nicolai. Two of the best teams in the world playing each other in the last match of the day at the Red Bull Beach Arena is the perfect recipe for a thriller and this one didn’t disappoint, especially the second set, which went as far as 29-27. The Vikings won the match and moved forward but Lupo did enough to earn a great amount of love from the Austrian fans, who sang his name and pushed him for most of the match.

With as many as 13 teams representing Europe at the Tokyo Olympics, it was a matter of when, not if, the EuroBeachVolley would present some interesting opportunities for revenge. Spanish Pablo Herrera and Adrian Gavira took theirs as the veterans didn’t hold anything back and eliminated Russians Oleg Stoyanovskiy and Viacheslav Krasilnikov, the reigning world champions and Tokyo silver medalists, in the Round of 16. Just 12 days earlier, the Russians had knocked the Spanish out of the Olympics at the very same stage. 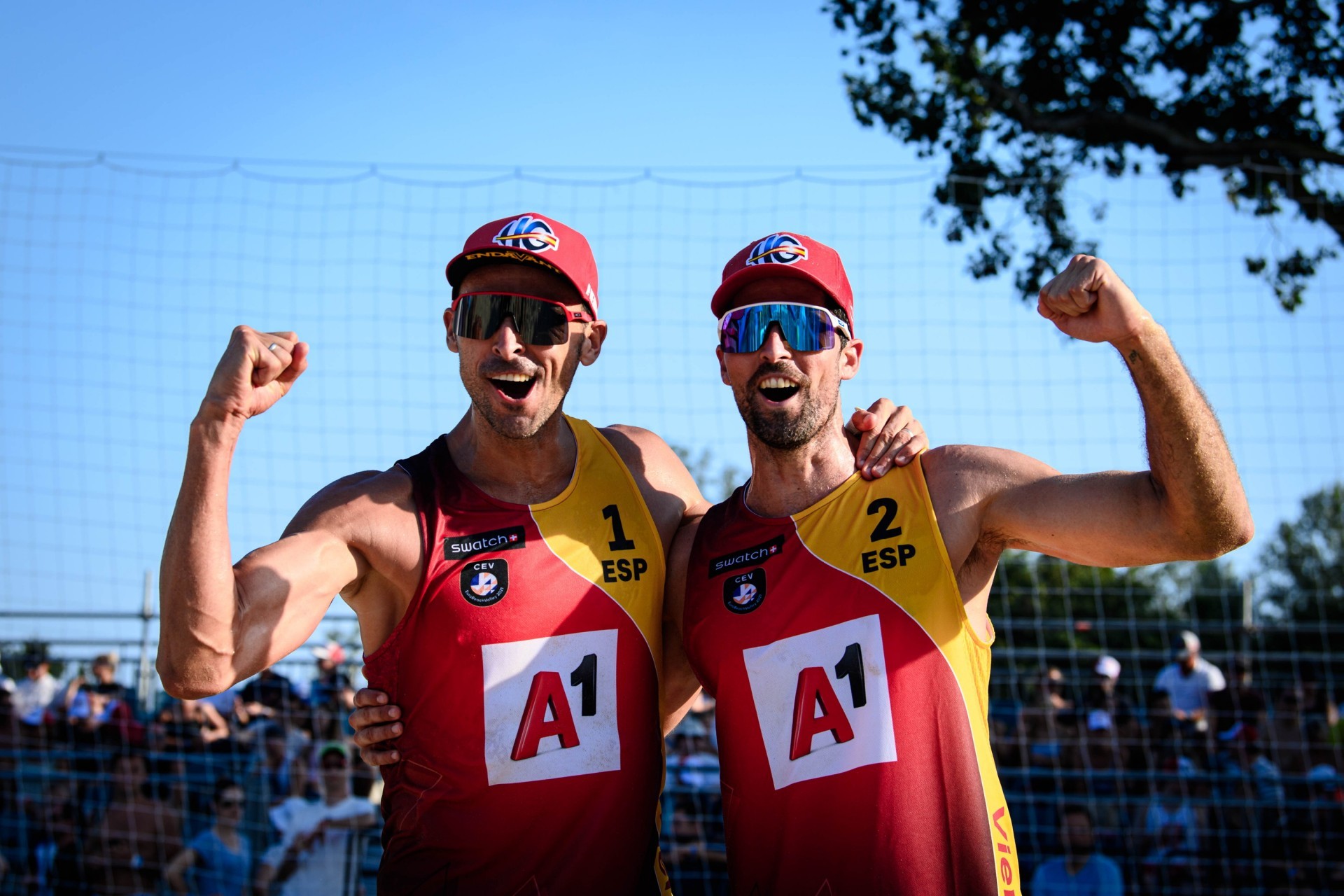 Piotr Kantor and Bartosz Losiak have been together long enough and have played well enough for you to think a bronze medal is no big deal for them, but not at the EuroBeachVolley. The Polish had to try as many as eight times to step at the podium in the event and were really emotional and pumped up when they defeated Dutch stars Alexander Brouwer and Robert Meeuwsen to secure bronze in Vienna. 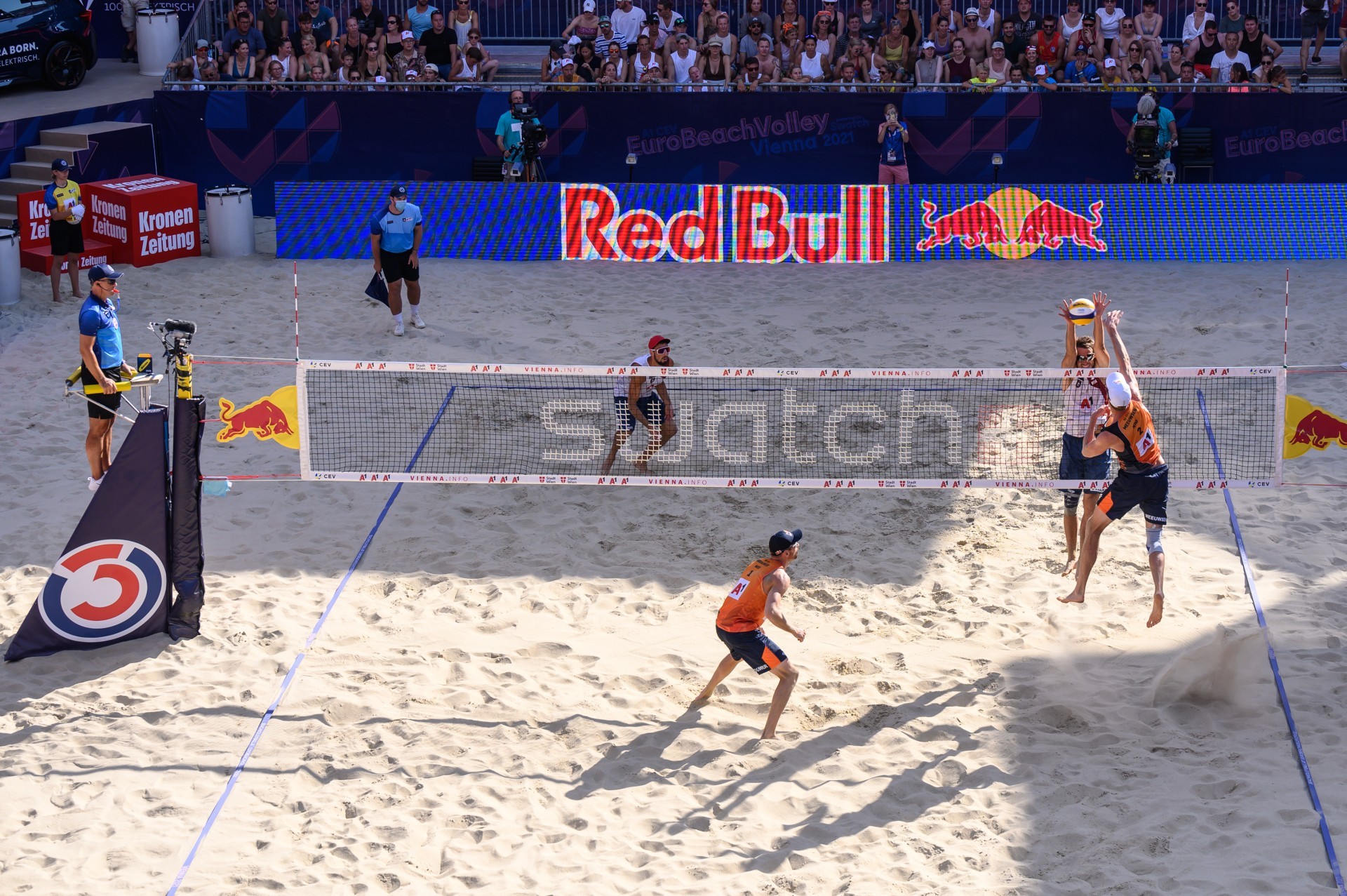 Mol and Sørum do it again

When we think we’ve seen it all from Mol and Sørum, they just surprise us and make their favorite hashtag #onlythebeginning make even more sense. With the Vikings, it’s not only about winning more and more titles, it’s about how they do it. It was obvious to anyone watching that the Norwegians were exhausted as the tournament reached the elimination round, but they just kept fighting and pushing. In the gold medal match, they were behind 11-8 on third set, but still found a way to come back and win it, in another spectacular moment of their still young careers. 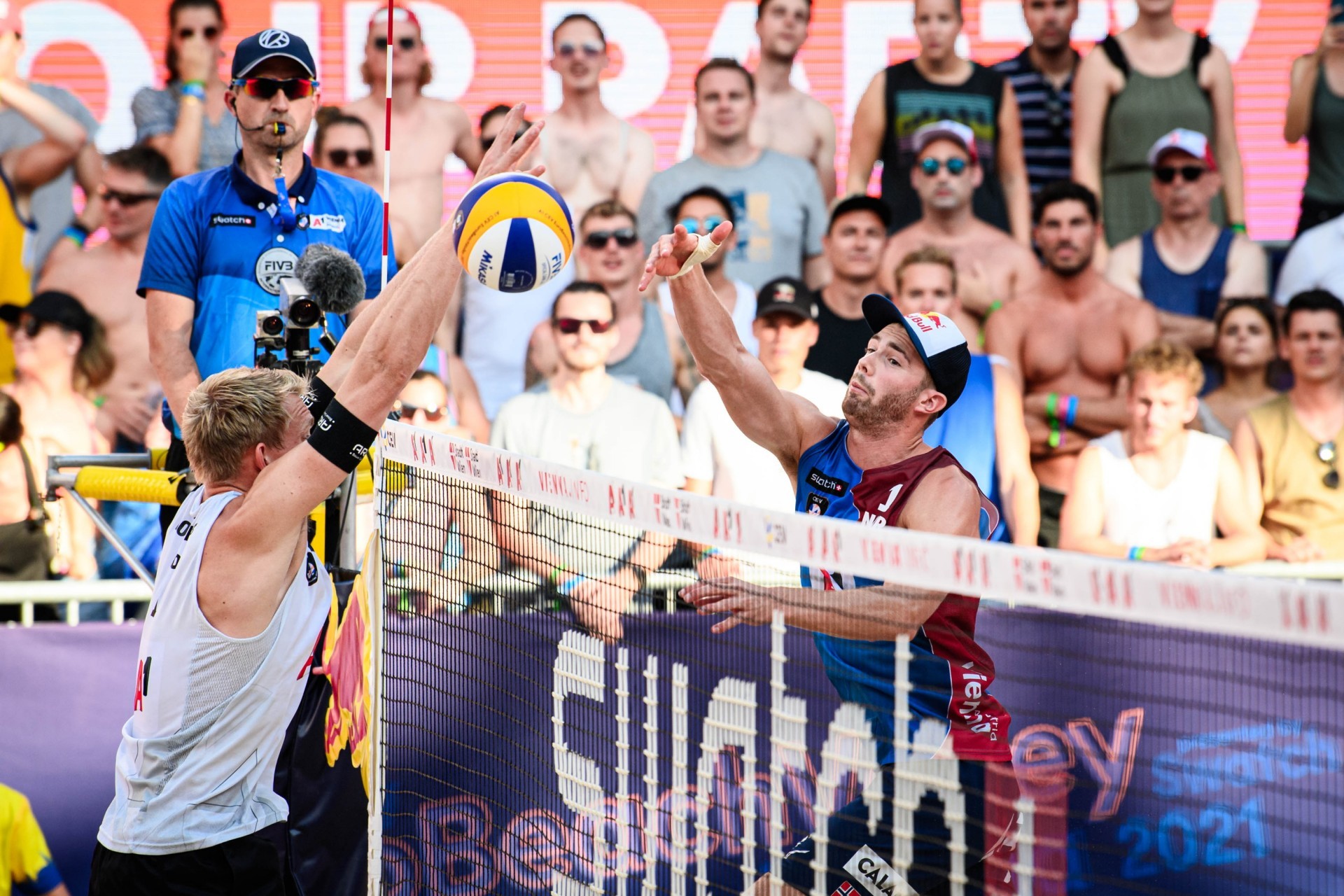