The A1 CEV BeachVolley Nations Cup with its brand new tournament format will take place from August 2-7, 2022 in Vienna. Europe’s seven best nations in the men’s and women’s competition plus the host country will battle it out with two teams each for the title of European Champion of Nations.

The participants will be divided into two pools with four nations per pool and will fight against their group opponents to proceed to the next stage of the competition. The nations placed first after the group phase will advance directly to the semis, while the second and third-placed teams will compete in a single-elimination-round to advance to the Semifinals and thus remain in the tournament. The group losers are eliminated from the competition. The losers of the semifinals will meet in the match for third place, the winners in the final of the A1 CEV BeachVolley Nations Cup.

In general, there will be two matches played in each clash of nations, in which both teams will face the respective teams of the other nation. If there is a draw after these two duels, the winner of the clash will be determined in a final Golden Set. Here, however, each nation has the opportunity to swap team partners together with their coach in order to send a completely new pairing onto the court. Excitement and extraordinary moments are certainly guaranteed! 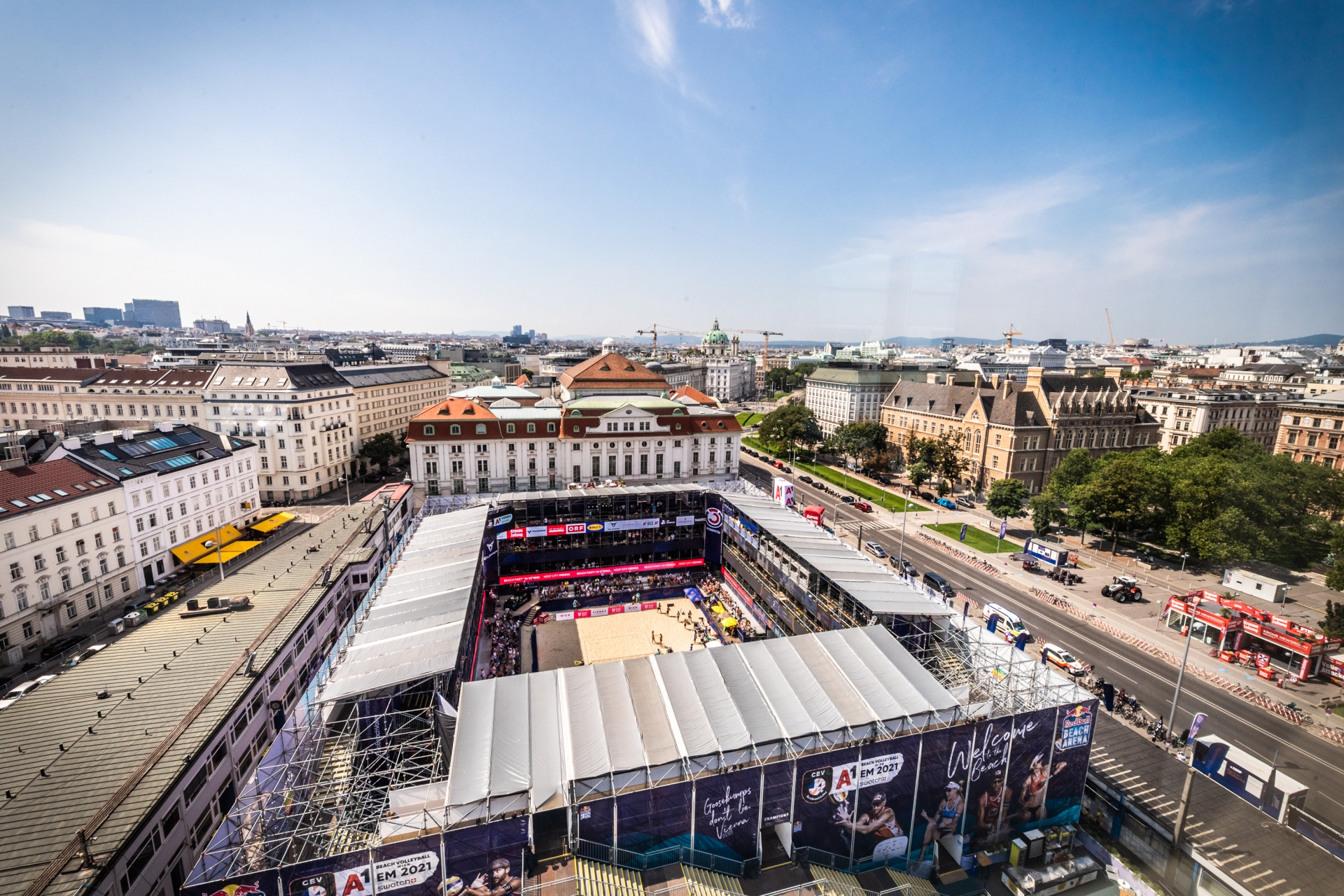