Winning medals at the Beach Volleyball European Championships is a huge accomplishment for players from around the continent. Those on the court, however, aren’t the only ones responsible for their results as the top teams in the world work with large coaching staffs that prepare them to deliver their best game when competition time comes.

More and more former players have been occupying these coaching positions over the years, extending their windows of time to win medals in the most prestigious event of European beach volleyball.

The A1 CEV EuroBeachVolley presented by Swatch, from August 11-15, in Vienna, will see four coaches who will be trying to match the success of their playing careers from the sidelines as they will try to return to the podium in the top competition in the continent in a different role.

Find out more about each of them:

Part of a famous German team with his twin brother Markus, the 45-year-old Christoph is a two-time Olympian, having represented his country at the Athens 2004 and Beijing 2008 Games. He enjoyed the most success of his playing career with London 2012 Olympic champion Julius Brink, with who he won the 2006 edition of the EuroBeachVolley and three World Tour events. After retiring in 2009, Christoph turned to coaching and has enjoyed great success ahead of the Swiss women’s national teams, which he’s been working with since 2012. Dieckmann will, actually, try to return to the podium at the EuroBeachVolley for a fourth time as a coach, having helped Joana Heidrich/Anouk Vergé-Dépré win gold in 2020, Nina Betschart/Tanja Hüberli take silver in 2018 and Hüberli/Tanja Goricanec secure silver in 2014.

When it comes to a playing resume, it’s hard to match Reinder Nummerdor’s accomplishments. A three-time Olympian, the 44-year-old Dutch star is one of the most successful players at the continental level ever, having won as many as six medals at the EuroBeachVolley. His team with Richard Schuil made a legendary run between 2007 and 2011, winning three golds, one silver and one bronze in the period. He returned to the podium one more time in 2015, getting another bronze, this one with Christiaan Varenhorst. Nummerdor retired after the Rio 2016 Olympics and two years later started working with the Dutch men’s teams. He now coaches his former partner Varenhorst and Rio 2016 Olympic bronze medalists Alexander Brouwer and Robert Meeuwsen, who beat him in the last match of his career, a quarterfinal matchup in Copacabana.

Michiel van der Kuip starred one of the most surprising outcomes in EuroBeachVolley history when partner Marko Klok and him won the 1995 edition of the tournament in Saint-Quay-Portrieux, France. Both spent most of their careers as indoor players and played only a few tournaments on the sand, reaching unexpected success at the highest level of the sport. The 50-year-old van der Kuip, who’s married with two-time EuroBeachVolley champion Sanne Keizer, will have another opportunity to be a dark horse in Vienna as he currently coaches Belgians Tom van Walle and Dries Koekelkoren, a team that came agonizingly close to winning a medal in 2017, when they finished fourth.

The youngest coach on our list is 40-year-old Eric Koreng. The blocker played with David Klemperer for six years and achieved most of his success as a player by his side, representing Germany at the Beijing 2008 Olympics, winning a World Tour event in Stavanger in 2010, bronze at the EuroBeachVolley in 2007 and finishing fourth in the 2009 World Championships. Koreng retired at the end of the 2014 season and has been hired to work with his country’s men’s teams in 2017. He’s more directly involved with Nils Ehlers and Lars Flüggen, a team what will enter the event in Vienna with real medal aspirations. 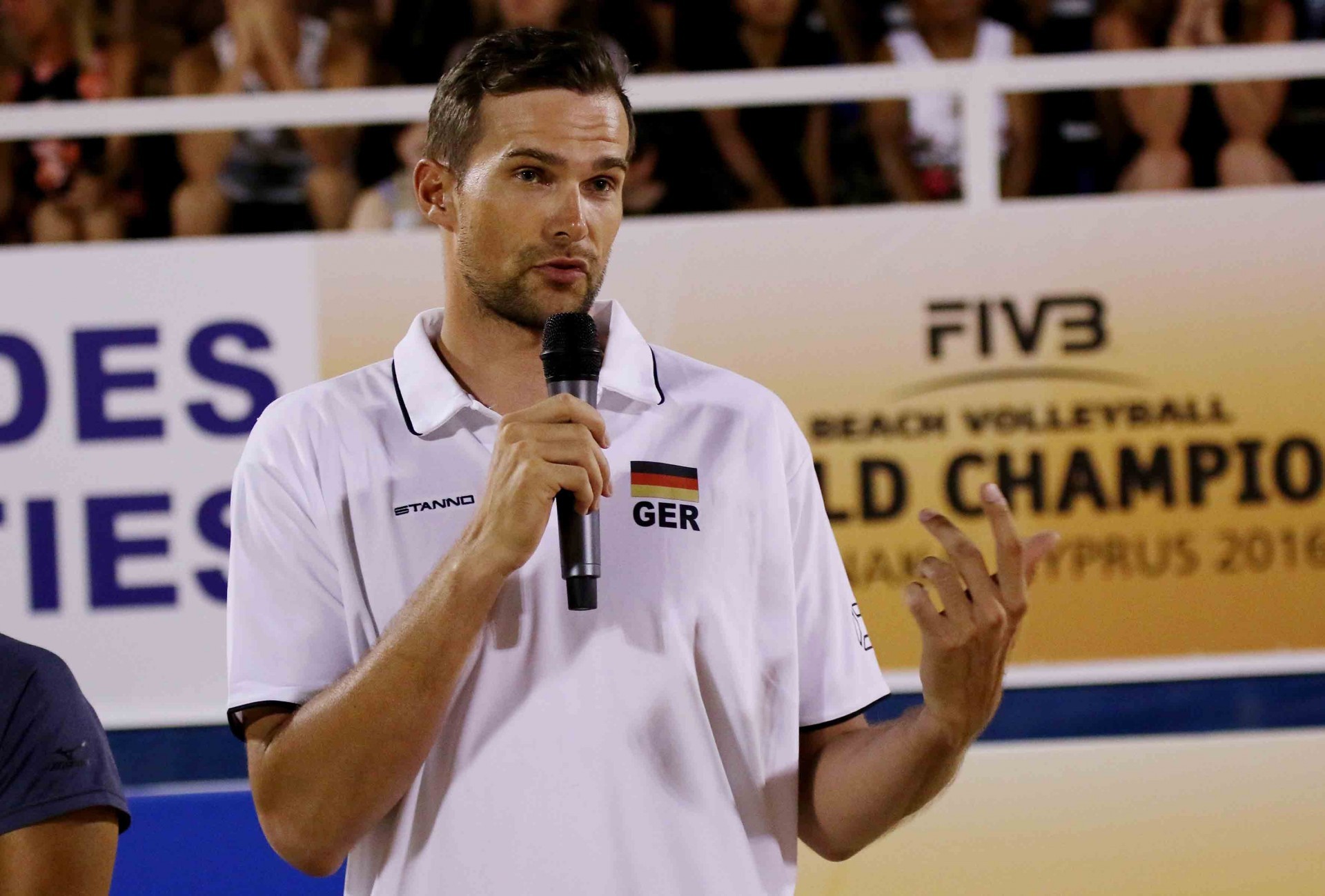