It couldn’t have been anywhere else.

After two years, Austrian legends Clemens Doppler and Alexander Horst returned to the Red Bull Beach Arena in Vienna, the place they enjoyed some of the greatest moments of a successful 10-year partnership that was the face of their country in beach volleyball around the world, for their final appearance together.

The 40-year-old Doppler, the 38-year-old Horst and each of the nearly 2,500 fans present at the stadium located in the heart of the city they call home all wanted their participation at the A1 CEV EuroBeachVolley presented by Swatch to last longer. But the electric atmosphere on and off the court made of their 2-0 (17-21, 12-21) loss to Swiss Marco Krattiger and Yves Haussener an emotional farewell to the home heroes, who went down fighting, as they always did.

“We experienced several moments I never expected we would”, Horst said. “We had a lot successful moments over the last ten years but the way the fans said goodbye for us tonight was unique. When I think about it, I just get emotional all over again. I’m very proud and thankful of it. I will never forget it, it was extraordinary.” 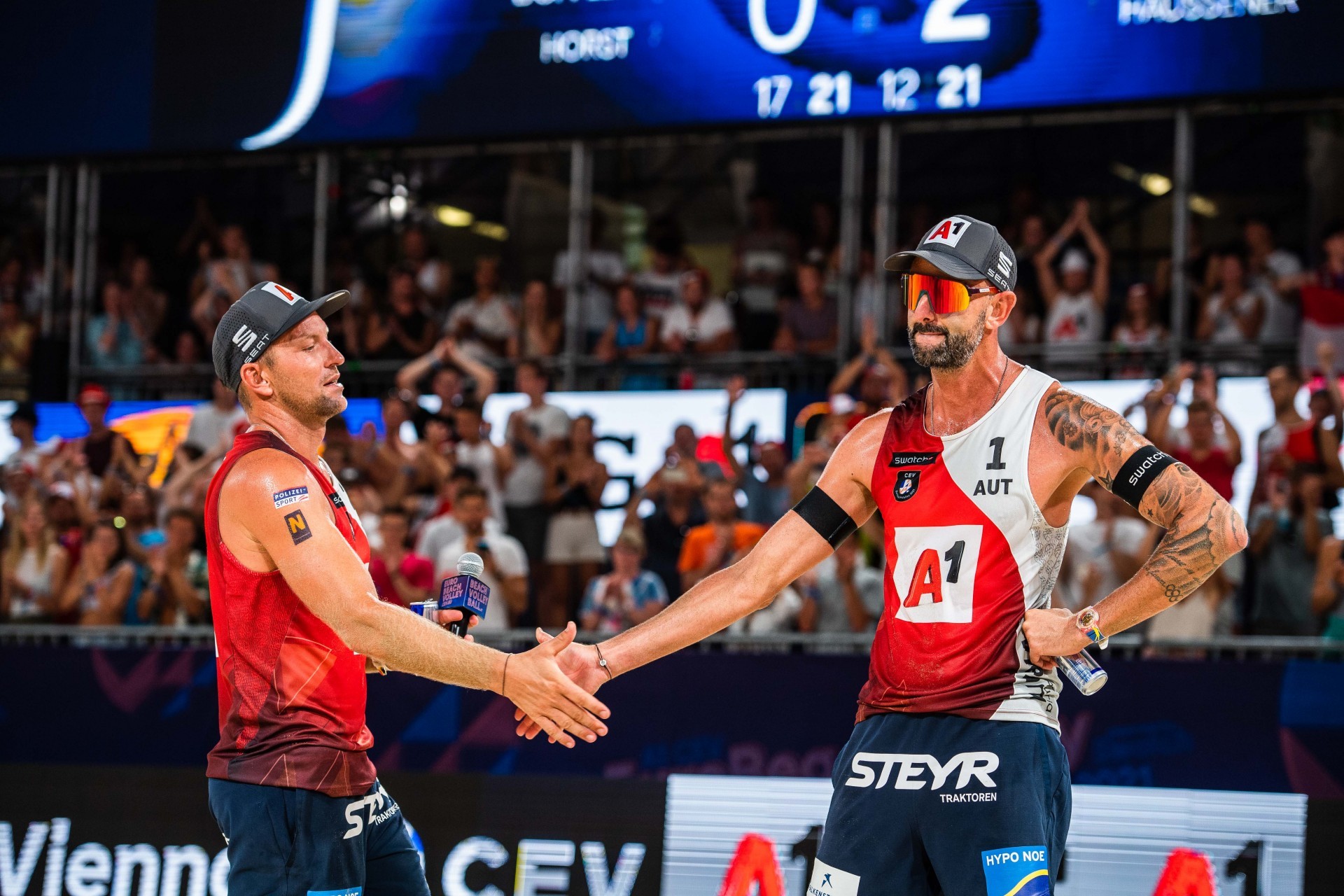 Horst and Doppler high five for a last time as partners

The final point of the match marked the end of a team that kept Austrian beach volleyball among the elite of the sport for a full decade, competing in two Olympics (London 2012 and Rio 2016) and winning 13 medals in 97 international tournaments, among them the silver at the 2017 World Championship in Vienna and the bronze at the 2014 EuroBeachVolley.

“When I was doing our lap of honor, someone told me we had given the most beautiful moments of his life,” Doppler added. “That’s what it’s all about, the way people connect their emotions to us and what we do. Our careers have always been a priority for us, there beautiful moments and bad ones, but we went through all of them together. That’s what made these ten years so special. I will never forget this emotional goodbye.”

Their passionate fans refused to leave the Red Bull Beach Arena while their idols were still there and continued singing their names for a long time, in an attempt to extend such a special moment for Austrian beach volleyball. 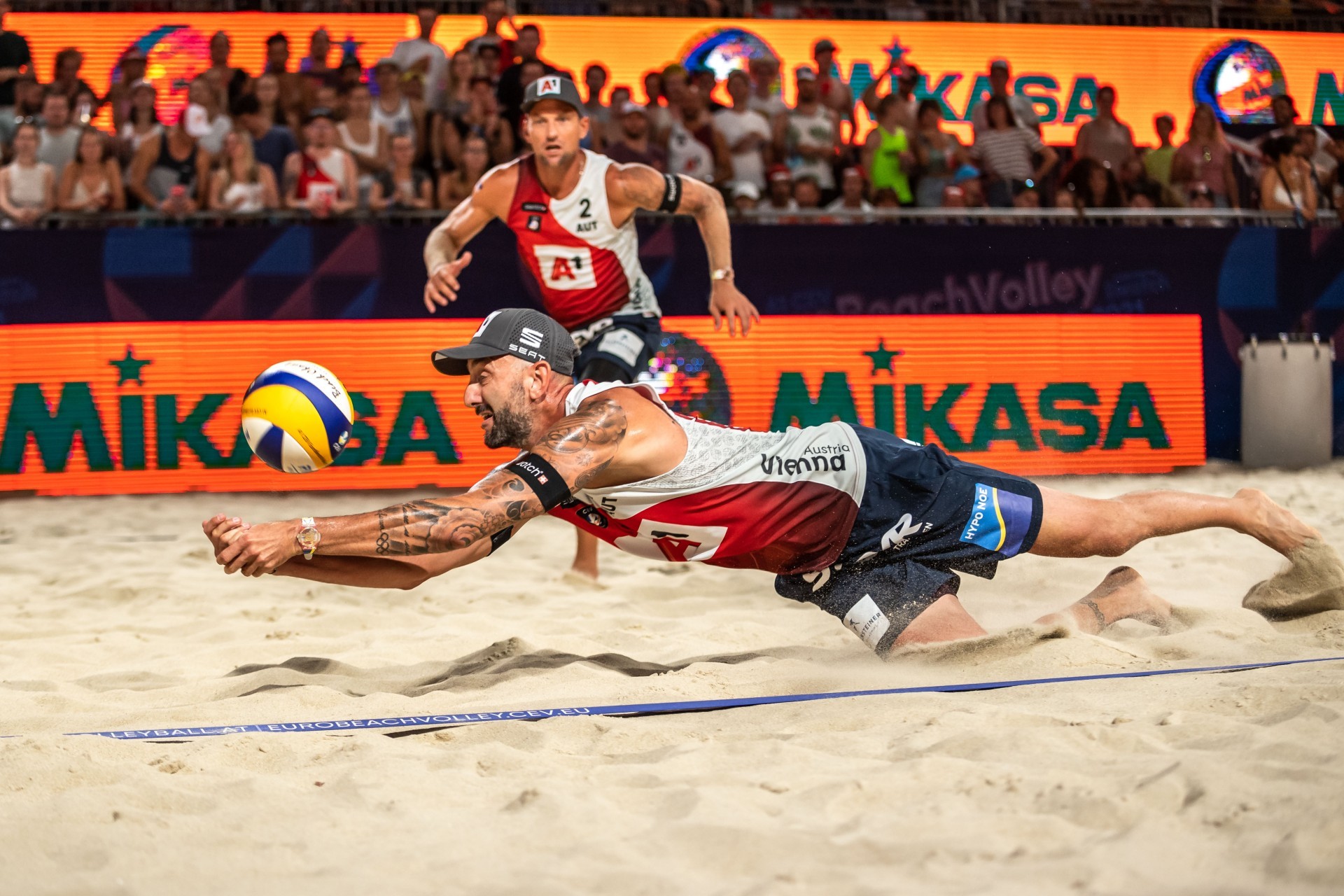 The early elimination of the legendary Doppler and Horst didn’t end Austria’s participation in the tournament, though. While Martin Ermacora/Moritz Pristauz, Alexander Huber/Christoph Dressler and Julian Hörl/Laurenz Leitner all lost their two pool matches and exited the EuroBeachVolley, Robin Seidl and Philipp Waller will keep the host country alive after they one of their two matches on Pool A.

Thank you for so much, legends!